When Friends and Family ATTACK!

Dennis: One of the great things about our hobby community is the friendship that develops over time. When you’re with other collectors, you speak the same language, you know the same stories, you have the same background—even if you were born miles apart, generations apart, or in different cultures.

When you go to a coin show, or attend a club meeting for the first time, it’s easy to make new friends. Just ask the question, “What do you collect?” Boom! An instant ice-breaker that immediately launches an interesting conversation, and an easy way to get to know somebody!

On the other side of the coin are non-collector friends and family who just don’t “get it.” Hard as it is to imagine, some people are immune to the bite of the collecting bug. I remember when I was about fourteen and a friend’s father, who learned about my hobby, asked with a laugh, “What do you do after school, go home and polish your coin collection?” The nerve! Never mind that you should never clean a coin with polish. Of course I didn’t clean them—I constructed little boxes filled with cotton to store and study them, like any reasonable coin-collecting kid would!

Another time, my father took me to a gun-and-tackle show with one of his work buddies. I lingered so long over a dealer’s old briefcase full of world coins (25 cents each, five for a dollar) that Dad’s coworker thought I was crazy. “That guy probably would have sold you all the coins, plus the briefcase, for twenty-five bucks,” he groused. (He had a point, but he totally missed the treasure-hunt appeal of a good old-fashioned “junk box”!)

Steve, have you ever rolled your eyes at a non-collector’s immunity to the coin bug?

Steve: UGH YES! Let’s even go one step back: I’m always surprised that some people are immune to collecting in general or don’t connect with physical objects. I’ve always loved “old things” and the stories behind them. When I was 14, or so, I didn’t have any friends my age around me who were into collecting, so like you, it was a rather personal activity. Today most of my good friends have the “collecting bug” in some way or another!

I’m thankful to the American Numismatic Association for hosting events like its Summer Seminar where I could meet other younger coin collectors. I’m just as grateful for the patience of adults at my local coin clubs in Michigan including the Dearborn Coin Club and the Northwest Detroit Coin Club who helped focus the energies of an energetic 14-year old kid who was really, really into coins into activities like writing and exhibiting and helped me develop skills that I still use daily.

Be on the lookout for another installment of Collecting Friends next month! In the meantime, explore clubs in your area with the ANA's Online Club Directory. 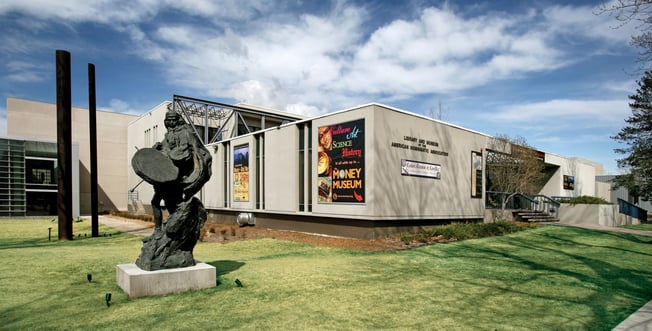 Find Perfect Holiday Gifts for the Collector in Your Life!