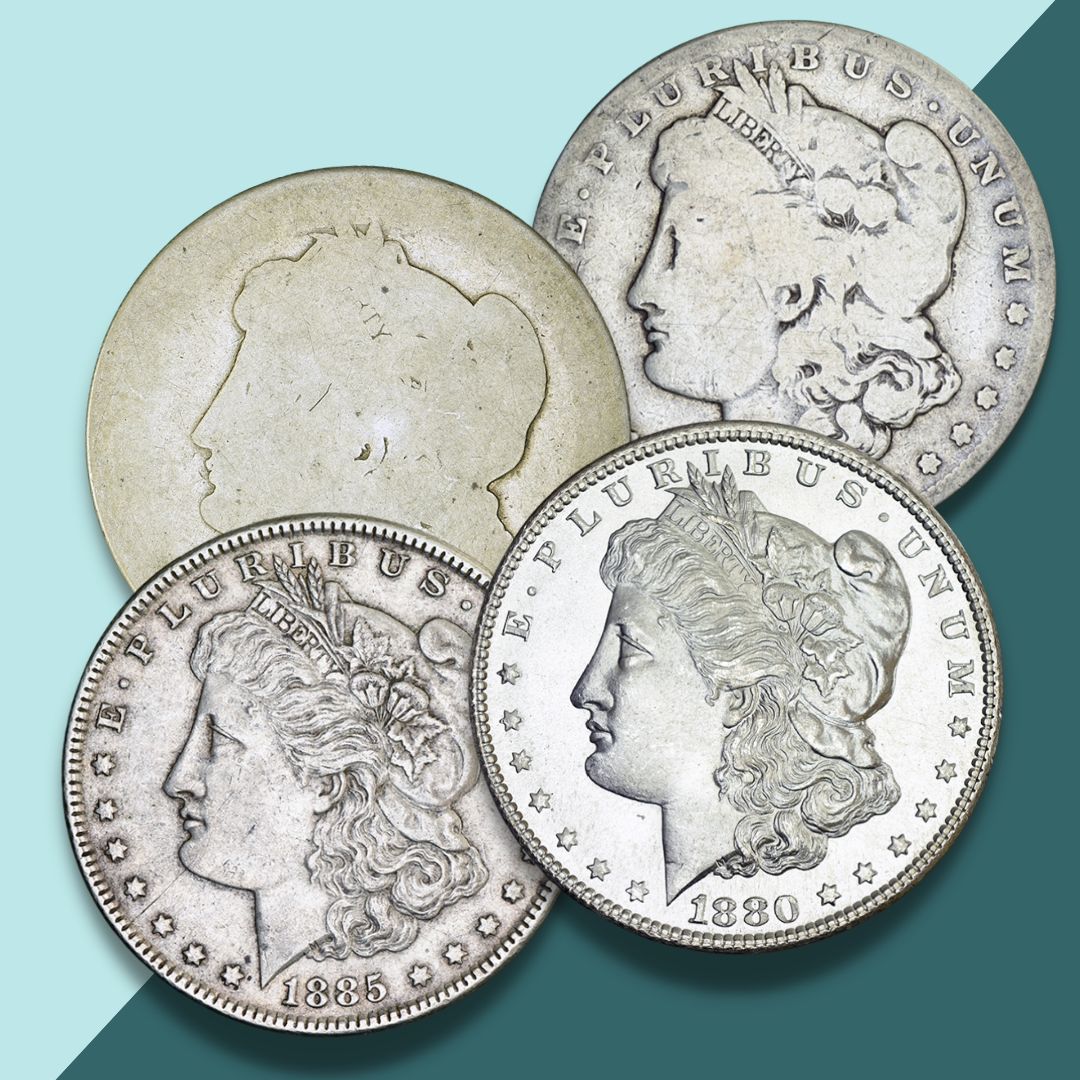 An important factor in determining the value of any coin is the condition it’s in. Has it seen much circulation? Is it well-struck? This is something that is quantified in a “grade.”

Coins are graded on a scale of 1-70, starting with 1 on the lowest end of the spectrum, and 70 representing the most pristine example possible. There are multiple grading companies that will evaluate your coins and encapsulate them in a sealed plastic holder with the assigned grade printed on a label. However, even if you’re not concerned with learning to grade coins yourself, it’s important to be familiar with this basic scale, to understand how numismatists ascertain value.

The scale we use today was created by Dr. William Sheldon in 1949 to determine accurate pricing for large cents based on their overall condition or state of preservation; the better the coin, the higher the price. Using this method, a Good 4 would be worth $4, a Fine 12 would be worth $12, and so on - and who wouldn’t be thrilled to spend just $65 for a beautiful Gem BU red large cent today?! Each number in the scale is accompanied by a shorthand term and there are detailed explanations available for each degree. For example, if you have a Very Fine 35, it would be referred to as a VF-35, or just a “35” by some. It’s also important to note that some numbers aren’t used. You’ll encounter pieces in VF-30 and VF-35, but never VF-32 - at least not yet. This could change however, based on future conditions in the numismatic marketplace. Some have argued that the grade AU-59 may come about some day if deemed necessary by enough collectors and dealers.


The lower the number, the more heavily worn the coin. On a Poor 1 (PO-1) coin, the type and date are discernible, but not much else. You’ll typically be able to see outlines of major devices, but no detail and little to no lettering. This improves gradually through Fair 2 (FA-2) and Almost Good 3 (AG-3). Interestingly, a PO-1 is typically the most valuable of these three; many people put together “lowball sets,” where the goal is to have the lowest grade coins possible, resulting in more competition for PO-1 than FA-2 or AG-3. Many collectors enjoy coins of this nature as there is a lot of history associated with them, as opposed to some uncirculated specimens that only saw unexciting movement from one safe to another, trapped in a canvas bag for 150 years. Just imagine the stories some of these well-worn coins could tell us! 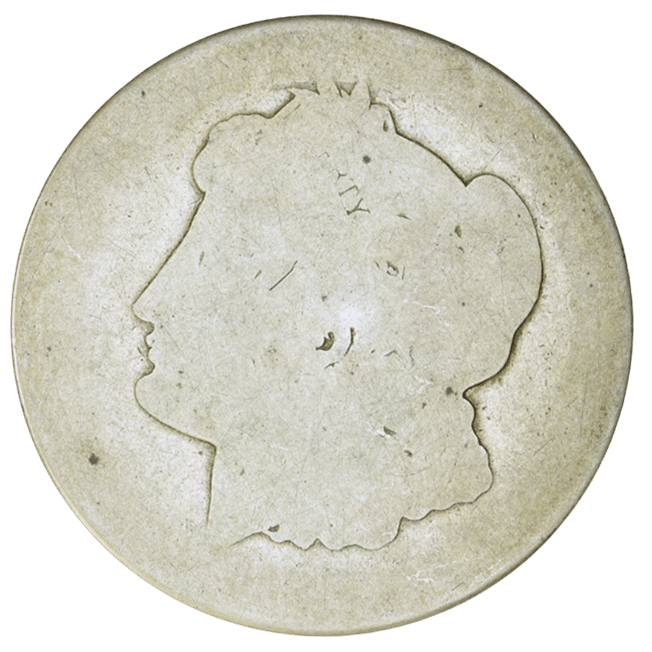 The lowest grade where the design really starts to become visible is Good 4 (G-4). Most of the lettering is visible, though not all, or it may be very hard to make out. Coins from G-4 through Very Good 10 (VG-10) show quite a range in terms of how much detail is visible, but all are heavily circulated and clearly spent a lot of time in use. 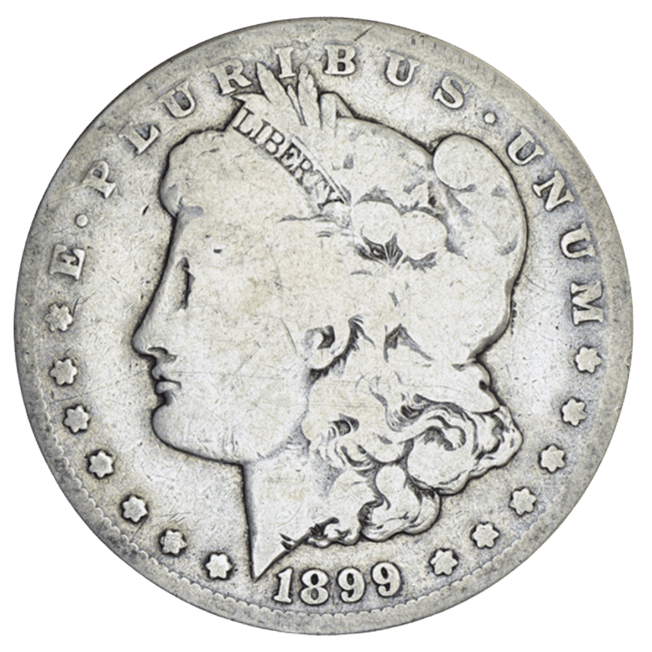 Starting at Fine 12 (F-12), the lettering and digits should all be clear and crisp. All the way up through Very Fine 35 (VF-35), circulation wear is still easily visible on high points with the naked eye. This wear will be visible down to recessed areas at F-12, but only noticeable on high points by VF-35. 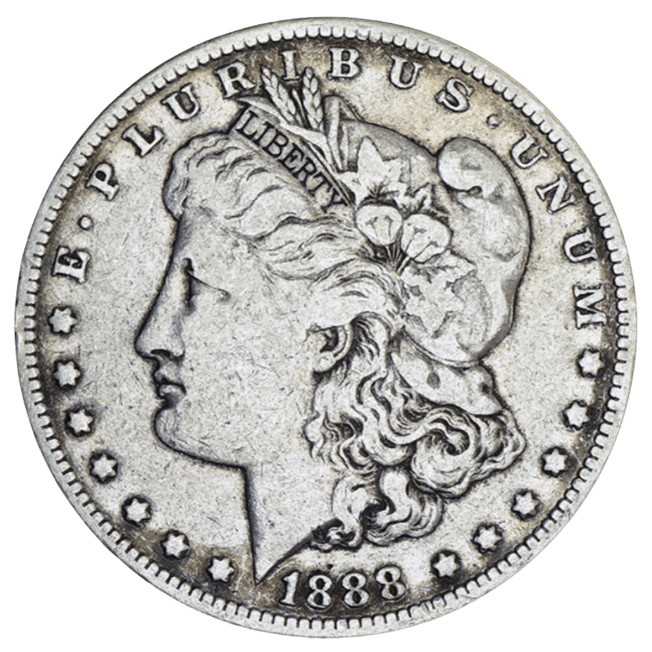 Extremely Fine 40 (EF-40 or XF-40) is the lowest grade where you might not notice any circulation wear at a glance. However, under close inspection, EF-40 and EF-45 will both display minor wear on the high points, and with a bit of practice, it becomes easy to spot. Traces of original mint luster may remain in areas protected by design elements. 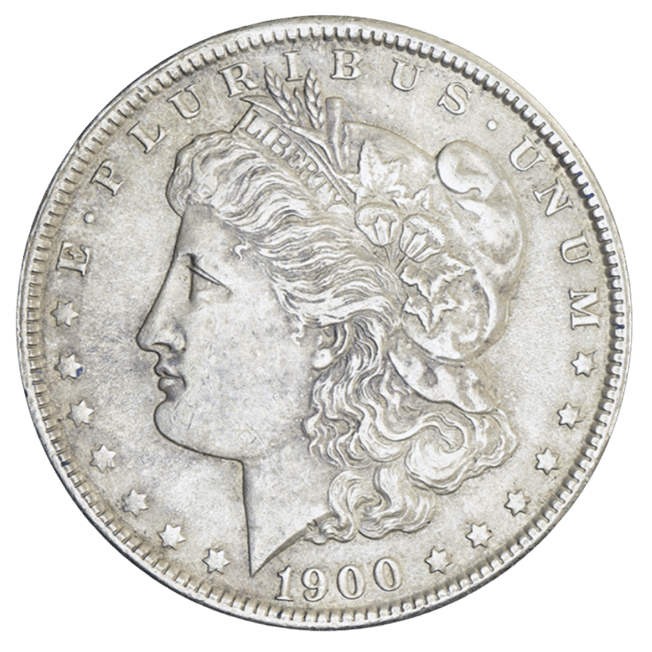 Almost Uncirculated (AU) coins are generally desirable and are commonly quite attractive. These pieces will display very little wear, usually discernible only by minor softness or color difference on the highest points of the design. They should show some original mint luster, and can be easy to mistake for uncirculated specimens to the untrained eye. In general, lower-end AU coins (ex. AU-50) will have low eye appeal, with a lot of bag marks, low luster, etc. AU-58 coins, however, are typically very well struck and appealing pieces that have almost unnoticeable wear. AU-58 pieces commonly come with a bit of a premium thanks to collectors working on “everyman sets,” which are entirely comprised of coins in AU-58 or below. Again, many collectors enjoy coins that saw some use as actual money but still show a great deal of originality, instead of pieces that just languished in vaults. 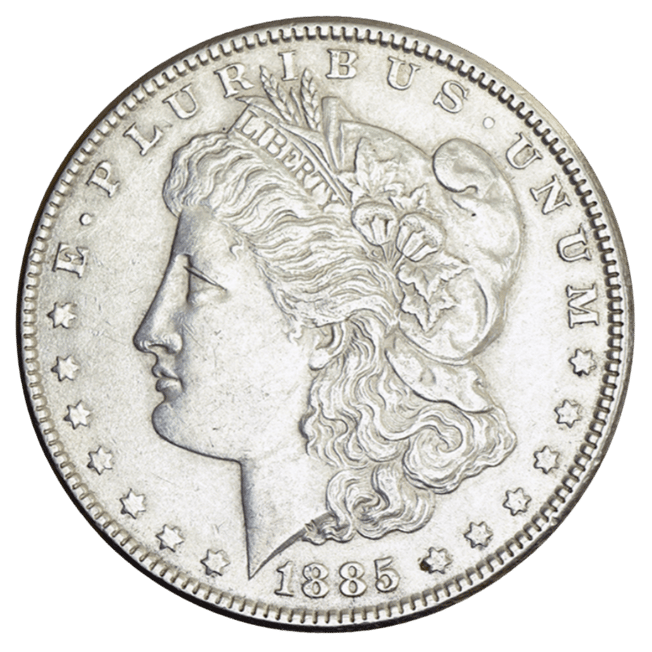 No numbers are skipped between 60 and 70, and all of them are considered Mint State (MS). This is largely due to the intense trading of some uncirculated coins, which tend to be in greater demand by advanced numismatists. Minute differences in contact marks can translate into huge prices. These are coins that show no evidence of circulation wear and look the same as when they were first minted. The differences within Mint State grades are determined by the quality of the strike, luster, severity and location of contact marks, and most importantly, the general eye appeal of the piece. An MS-60 coin is usually a rather unattractive coin, often accompanied by numerous bag marks and very weak strike. An MS-70 is near impossible to find among many older types, and for the most part, only modern issues are able to attain an MS-70. Terms like Choice Brilliant Uncirculated or “Gem BU” are commonly used numismatic jargon for MS-63 and MS-65 respectively.

There are multiple flaws that are considered undesirable and will result in a “details” grade, lowering the value of the coin. If it has been cleaned, scratched, mishandled, or suffered other environmental damage, it will be considered problematic. These pieces still receive a verbal descriptor of the overall condition, but are not assigned a number (ex. EF Details).

For more information about grading, check out the ANA's Online Grading Resources.

Register for FREE Numismatic Webinars from the ANA

Enjoy live online courses and lectures from fellow collectors and professional numismatists. Webinars are free and open to the public unless otherwise noted. Register now—space is limited!