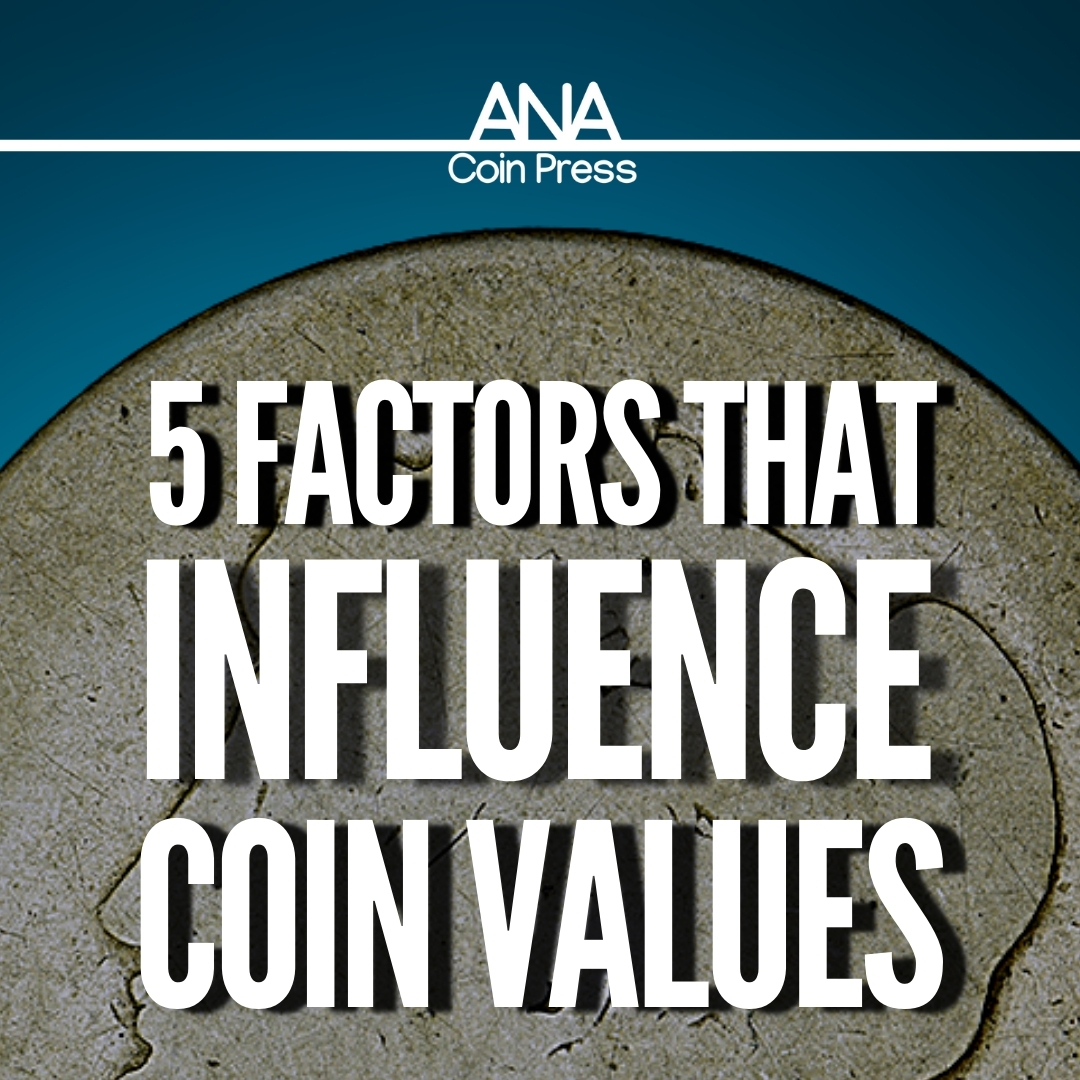 When you’re new to the world of coin collecting and numismatics, it’s important to understand how collectible coins are assigned values. You may find two pieces that appear to be nearly identical but have a $1,000 difference in price. The truth is that there are a variety of factors that impact coin values — some fairly obvious, and others less so. For example, if you’ve been collecting for even a brief time, you will have noticed that some dates and mint marks are more valuable than others, but why is that? To help answer that question, we’ll explore five of the most common components of value below.

A high or low mintage number is one of the key factors that determines the value of a coin. Each mint produces a different number of coins each year, making some years and mint marks rarer than others. For example, in 1909, the Philadelphia Mint made over 100 million Wheat cents, while the San Francisco Mint only minted about 2.3 million. All “S” mint cents from 1909 are more valuable than comparable Philadelphia examples because fewer were made. Different mint marks also come with additional historical significance that can make some more desirable than others. For example, Morgan dollars minted in New Orleans and Carson City are, on average, more sought after than those from other mints.

Differences may be found within a single date and mint mark of a coin as well. In the case of 1909 cents, each mint began producing them with the initials VDB at the bottom of the reverse. Not long after production began, the decision was made to remove the initials moving forward. The VDB pieces are worth more because fewer were minted, once again proving that rarity and value often go hand-in-hand. 1909 cents bearing the VDB initials are a well-known variety, but there are plenty of lesser-known varieties that can slip by anyone who’s not a specialist. In fact, there are two additional 1909 varieties (the S over horizontal S and doubled die obverse), though many casual collectors are unaware of them. Even though these varieties are not as popular or well-known, the relative scarcity of these items can drive higher prices. 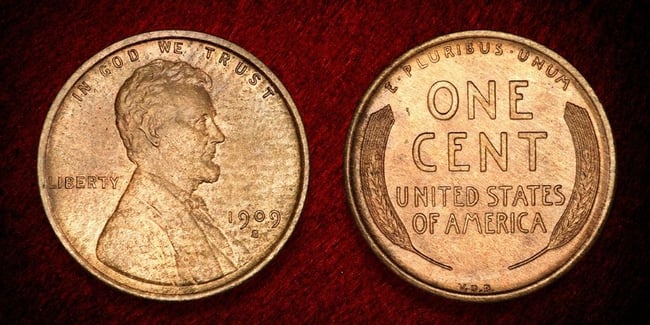 The more people that are interested in a certain coin, the more expensive that coin will typically be. Morgan and Peace dollars are some of the most popular series in American history, and are commonly more expensive than other series of equal rarity. And, while the popularity of these two iconic dollars is longstanding, collector interest in other series can be cyclical. Interests in buffalo nickels and Mercury dimes, for example, rise and diminish as years pass with little indication as to why. There are also collectible coins (half cents for example) that are consistently less popular, and thus priced lower than other series with comparable grades and conditions. In the end, it boils down to supply and demand, that same tried and true concept that applies to numerous facets of economics. 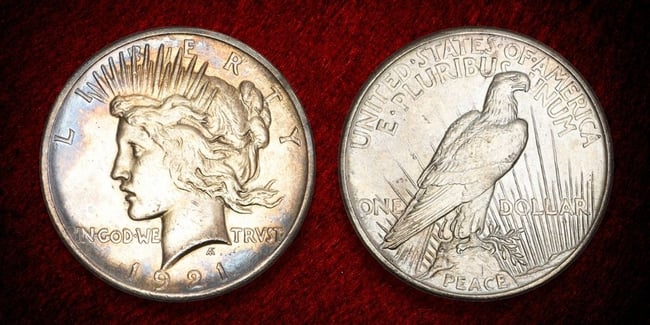 A coin’s condition is one of the weightiest factors that impacts value. The more circulation a coin has seen, the more wear its design has weathered. And, greater wear usually equates to lower value. Coin grading is a complex process, considered by some collectors to be as much an art form as a skill. Third-party grading services (TPGs) are often enlisted by collectors and investors to obtain professional evaluations and grade assignments. Coins are graded on a scale of 1 to 70. A grade of Poor 1 may indicate heavy circulation and a barely identifiable design. A coin with a grade of MS 70 is perfectly struck and entirely uncirculated. Most pieces fall somewhere in the middle of the scale. Almost without fail, higher grade pieces of the same date, mint, and variety will bring a higher price. (Visit the ANA's Morgan Dollar Grading Set resource or play The Grading Game on money.org to learn more.) 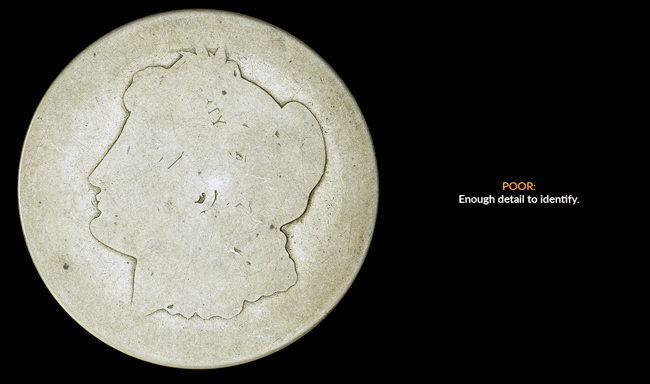 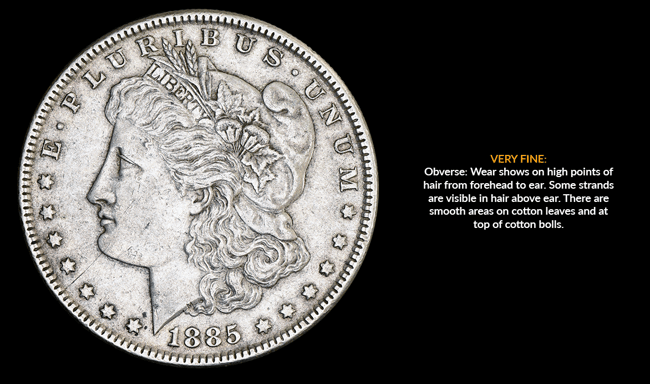 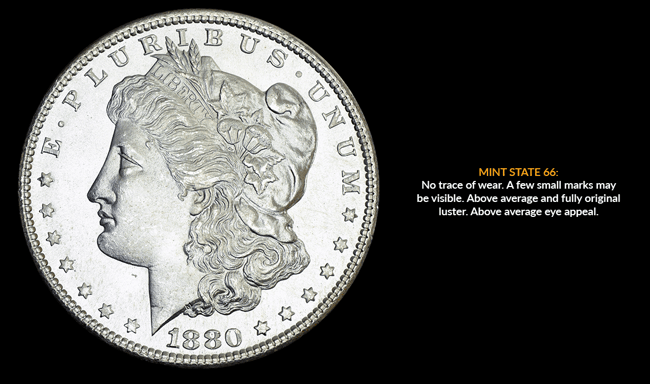 When coins are sent to a TPG for grading, strike characters and special designations may be indicated. For example, any pennies that are graded as mint state – meaning they haven’t seen any circulation – will also receive a color designation. This can be Brown, Red-Brown, or Red, and relates to how much original red color and luster the piece has. Pieces with most or all of their original color tend to bring higher prices. Standing Liberty quarters can receive the “Full Head” designation if Liberty’s head is well-struck, and Mercury dimes can receive “Full Bands” if the bands on the reverse are fully divided. There are a variety of strike conditions and special designations available, and they generally add to the value of the coin. 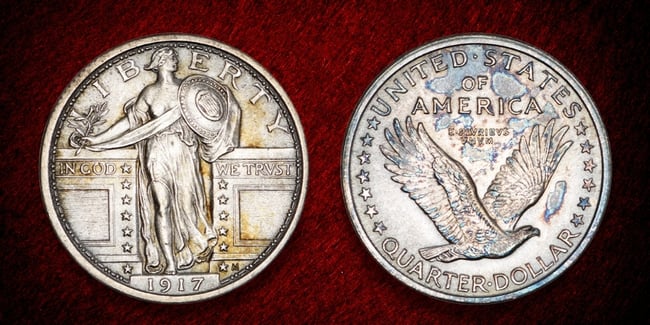 Of course, these are just a few of the numerous considerations that should be examined when purchasing a coin. And if you’re just getting started, it’s usually best to consult someone with experience. You can use the ANA’s Member Dealer Directory to find dealers who may be able to assist you and answer your questions.

Don't Miss Out on the Silver Rush!

Get a FREE autographed copy of SILVER: Everything You Need to Know to Buy and Sell Today by Jeff Garrett. Join the ANA or renew your existing membership for a two-year term and receive this valuable toolkit free! Don't delay — quantities are limited!