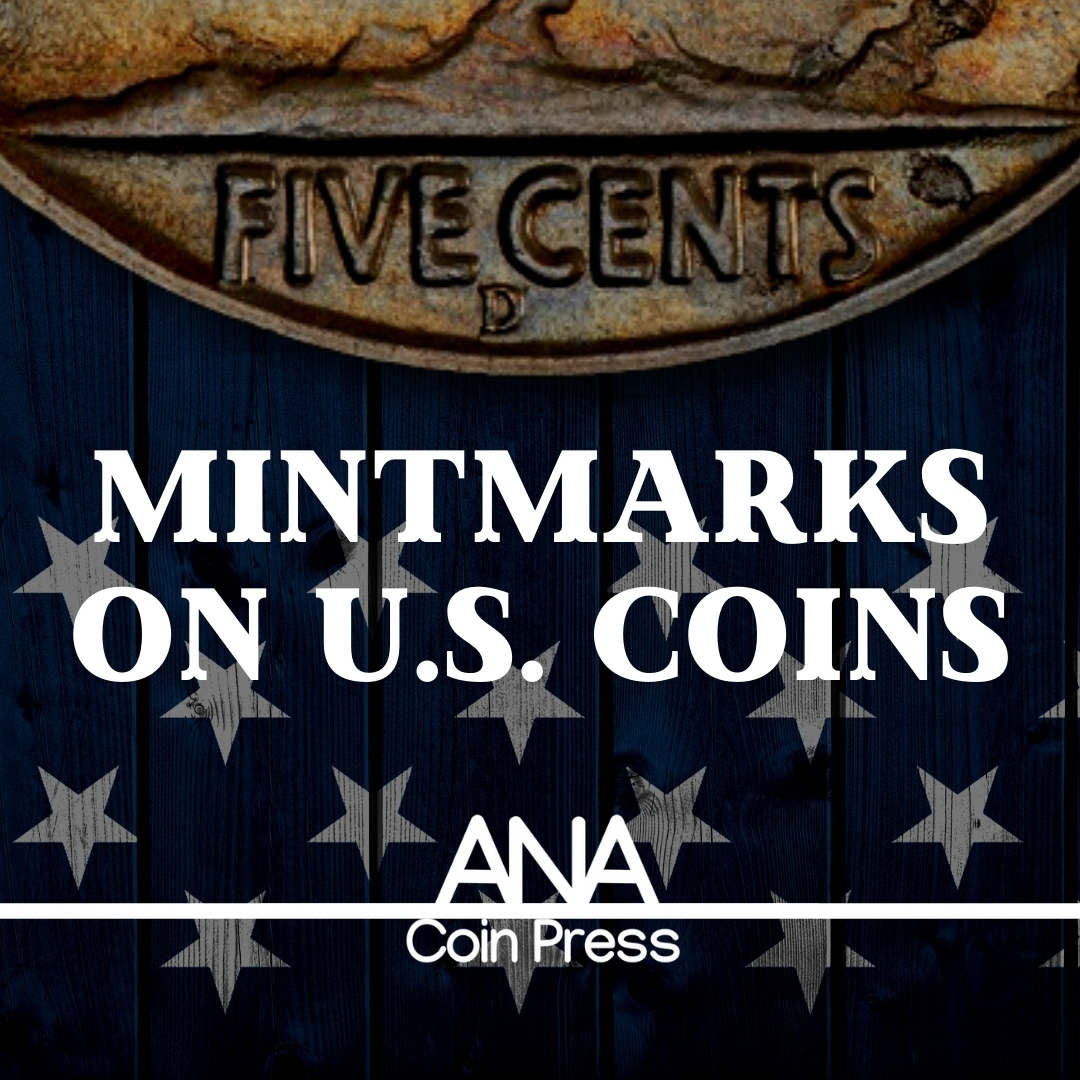 Originally published in The Numismatist, November 2003

More than just handy identifiers, mintmarks contribute greatly to a coin's value and place in history.

In numismatics, little things can make a big difference. This is especially true of mintmarks, the small letters on coins that indicate where they were made. From the Bureau of the Treasury's perspective, mintmarks are important for quality control because they enable identification and evaluation of various Mint products. But to numismatists, mintmarks are more than just functional devices.

Many collectors aim to acquire an example of every date and mintmark combination in a coin series. Obviously, a knowledge of mintmarks is critical for such a pursuit. A mintmark can be a major determinant of a coin's rarity and value, but of even greater interest is the story it tells of the development of American coinage.

The first U.S. Mint began operations in 1792 in Philadelphia, then the nation's capital. Three branch mints commenced coining in 1838: Charlotte, North Carolina, and Dahlonega, Georgia, because of nearby gold discoveries, and New Orleans to meet the growing needs of Southern commerce. These branch facilities closed after the start of the Civil War in 1861, though not before striking some coins under authority of the Confederacy. The New Orleans Mint reopened in 1879, closing permanently in 1909. 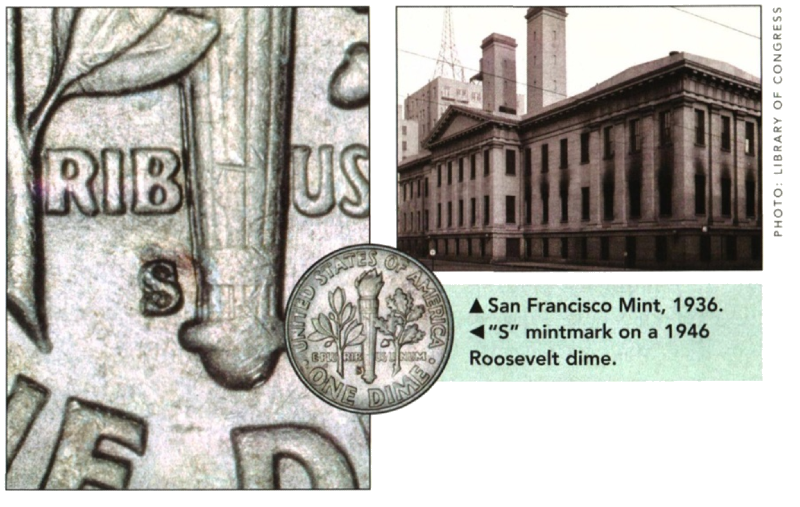 As the nation expanded westward, new mints followed. During the California Gold Rush, a facility was established in San Francisco in 1854. Western silver mining prompted operation of a mint in Carson City, Nevada, from 1870 to 1893; and Denver, Colorado, began striking coins in 1906.

Each operation had distinctive patterns of production. In the 19th century, Philadelphia, as the nation's primary mint, struck coins in gold, silver, copper and copper-nickel. New Orleans produced significant quantities of silver coins and some gold. Other mints' activities were determined by the proximity of precious metals. San Francisco struck large numbers of gold and silver coins, while Carson City' s smaller output was largely silver. Charlotte and Dahlonega produced only small amounts of gold coinage.

"In many instances, it is the mintmark that makes a coin ordinary or extraordinary."

Since the early 20th century, the vast majority of circulating coins have been struck at Philadelphia and Denver. A minting facility was established in 1974 in West Point, New York. In recent decades, it and the San Francisco Mint have contributed to the production of modern coinage, though they primarily are responsible for collector coins. 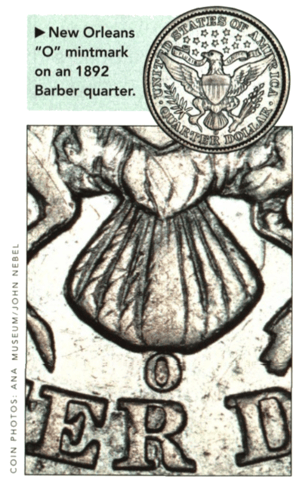 Usually it is easy to determine which facility made a particular coin. Older Philadelphia issues generally are unmarked, except for a "P” on nickels struck in 1942-45. Beginning in 1979, Philadelphia dollars were designated as such, and since 1980 all coins struck there (except cents) bear a mintmark.

Branch mint coins have the following mintmarks: Charlotte (C), Carson City (CC), Dahlonega (D), Denver (D), New Orleans (O), San Francisco (S) and West Point (W). Despite that Dahlonega and Denver both are denoted by a "D," there is little confusion, since the Georgia facility operated only from 1838 to 1861 and the Colorado mint struck coins beginning in the 20th century.

Precise identification of the minting facility sometimes is impossible, however. After unfounded fears of coin hoarding by collectors, mintmarks were suppressed during the coin shortage of the mid 1960s. Also, in the 1970s and '80s, circulating coins were made at San Francisco and West Point without mintmarks.

Mintmark locations vary by coin series. Before 1965, they generally appeared on the reverse, subsequently shifting to the obverse. Coins usually are listed in date-mintmark format; for example, a "1989" has no mintmark, while a "1989-D" has a Denver mintmark.

In many instances, it is the mintmark that makes a coin ordinary or extraordinary. For example, in 1916 more than 20 million Mercury dimes were struck at Philadelphia and more than 10 million at San Francisco, but only 264,000 were made at Denver. As a result, 1916 and 1916-S Mercury dimes are common and inexpensive, while the 1916-D is scarce and valuable. Similarly, 1932 Washington quarters are plentiful, while the 1932-D and 1932-S are the rarest in the series.

As a numismatist, you'll find that mintmarks provide information vital to collecting coins and understanding their origin. A coin's rarity and value, as well as its history, depend heavily on where it began before making its way into your collection.

The ANA's Classic Commemorative Coins online resource highlights the U.S. Mint's early silver commemoratives (1892-1954), which collectors prize for their unique and beautiful designs. These coins memorialize specific people, places and historical events. Topics include everything from native sons and expositions to state and local anniversaries.

Start exploring now by clicking the banner below.