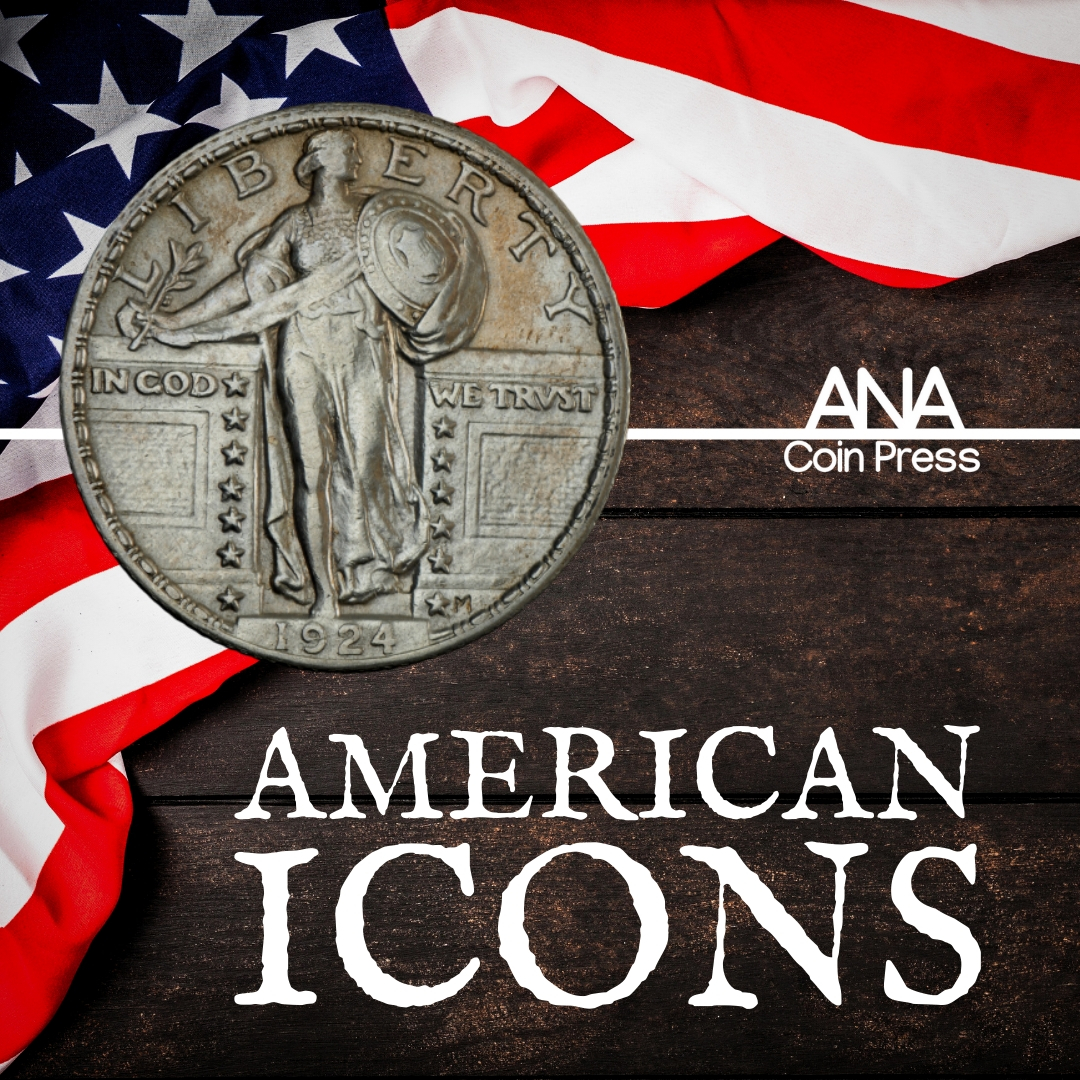 It happened so gradually that it may not be immediately noticeable, but today’s American coin designs are symbolically quite different from their predecessors. It used to be a good bet that a circulating coin would have a portrayal of Liberty on the obverse, and a rendering of an eagle on the reverse. But these days, allegories of Liberty and images of eagles are much more likely to be found on coins made for collectors – one more step in the continued evolution of these two numismatic icons.

Liberty’s place on American money dates back to the establishment of the U.S. Mint in 1792. Things could have turned out very differently, though, because an early proposal would have placed portraits of the current President on American coins. After significant legislative debate, with expressions of concern for what some considered a monarchical practice, Liberty was chosen as a more appropriate symbol for the new nation. Each American coin was required to carry an emblematic image of Liberty, along with the word LIBERTY. 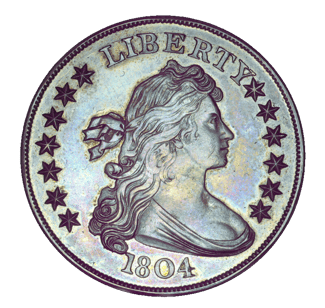 For the next century and a half, nearly all U.S. coins featured allegorical representations of Liberty. Most portrayed a portrait bust of a female figure, with variations in features and hairstyle. She is sometimes seen with a liberty cap—an ancient symbol of emancipation—or wearing an Indian headdress. Images of a seated Liberty dominated 19th-century silver coinage.

Beginning in the early 20th century, Liberty was depicted in a wider variety of poses and guises. She holds a shield and an olive branch on the Standing Liberty quarter, walks with the rising sun while draped in a flag on the Walking Liberty half dollar, and strides forward bearing a torch and an olive branch on the Saint-Gaudens double eagle ($20). She wears a spiked crown on the Peace dollar and a winged cap— representing freedom of thought—on the Winged Head Liberty dime (also known as the “Mercury” dime). These classic designs are widely considered to be among America’s finest examples of numismatic art.

But over the course of the last century, allegorical images of Liberty on circulating coins have been replaced by portraits of historical Americans. In the 21st century only the Statue of Liberty, on the reverse of Presidential dollars, has represented her allegorical predecessors. 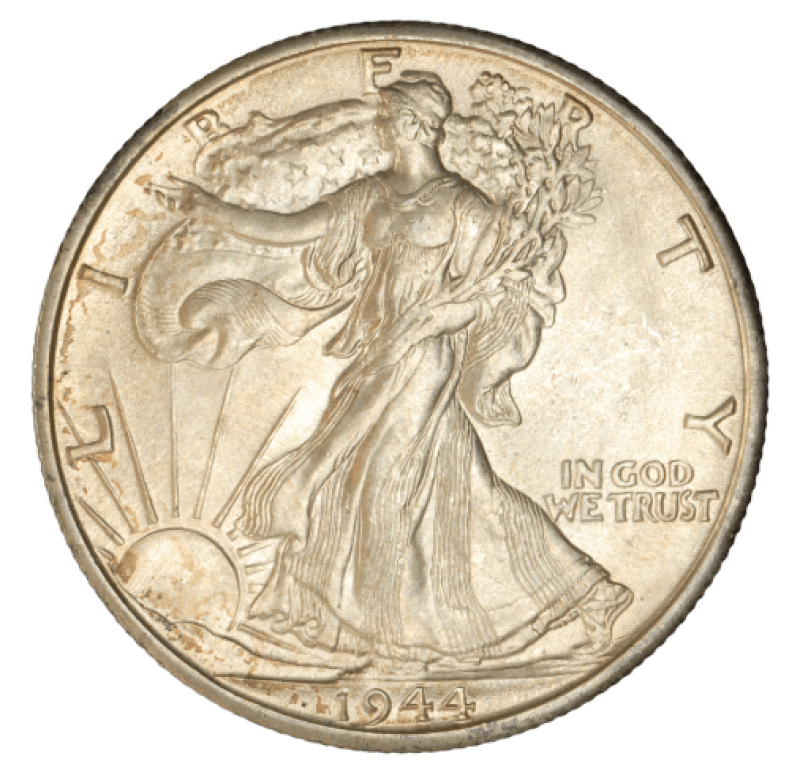 Although our present coins have moved away from symbolic representations, their designs nonetheless remain, as intended, “emblematic of liberty.” The nature of the images may have changed, but the people portrayed on coins, with their contributions to American society, embody the same spirit of Liberty that has always graced U.S. coinage.

And, in other ways, Liberty remains a vital part of American coin design. The word LIBERTY appears on the obverse of every modern U.S. circulating coin. In fact, where previous issues displayed the word in an obscure location (on the figure’s headband, or on a shield), on current coins it’s displayed more prominently than ever. And on recent nickels, the word Liberty appears in Thomas Jefferson’s handwriting.

Allegorical images have also been contenders for two recent dollar coins. A 1977 pattern, never actually used for coinage, features a classically inspired image of Liberty with flowing hair. Liberty also was considered for the current golden dollar, and, in fact, the winning design concept was officially described as “Liberty represented by a Native American woman, inspired by Sacagawea.” Recently, high-relief medals and bullion coins have had modern renderings of the classical concept of Liberty.

"For more than a century, eagle designs on American coins were more like folk art than ornithological studies."

On the other side of the coin, the American eagle has long been a numismatic companion to allegorical Liberty, with a similarly prominent role in coinage history. After the United States achieved independence, a new icon was needed for the emerging nation, and the bald eagle was a natural choice. Native to North America, the bird had long represented courage and strength.

The Mint Act of 1792 required that an eagle appear on the reverse of all coins larger than a dime. In another reflection of the bird’s importance, the $10 gold piece—the largest denomination authorized—officially was known as an “eagle.” 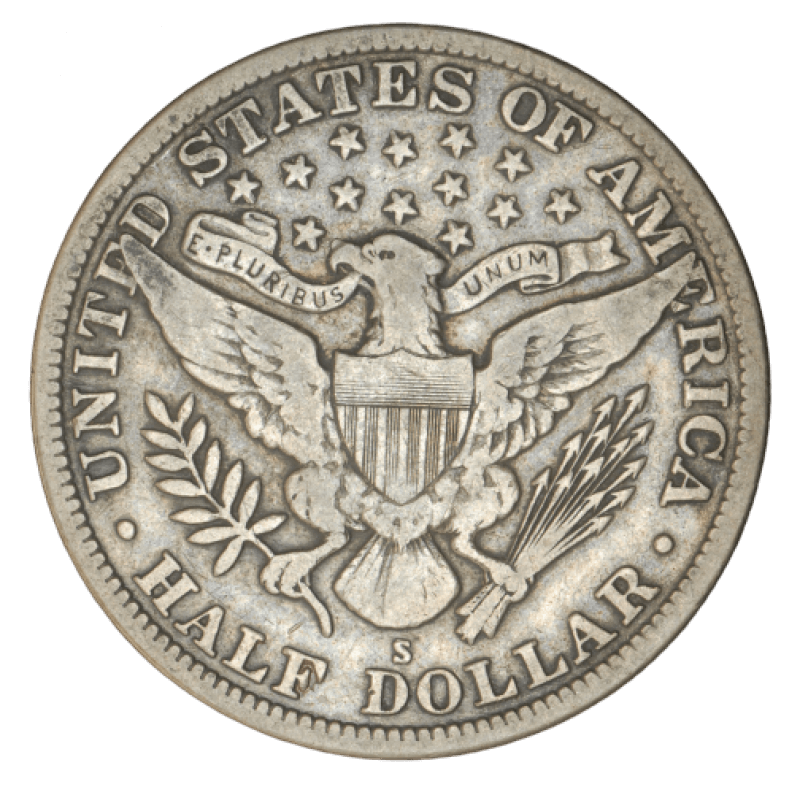 For more than a century, eagle designs on American coins were more like folk art than ornithological studies. The raptors were shown in various unnatural poses, such as supporting a shield or using their beaks to hold a ribbon or a wreath. Some design elements even had international implications—the birds usually were depicted holding an olive branch and a cluster of arrows, representing peace and war, respectively. By facing toward the olive branch and away from the arrowheads, these eagles symbolically indicated that America preferred harmony, but was prepared for conflict.

Over time, eagles on coins came to be portrayed more realistically. The movement began with two, short-lived 19th-century issues, the Gobrecht dollar and the Flying Eagle cent, which featured the same airborne motif.

The pace of change picked up during the artistic renaissance of the early 20th century, when three gold coins and the Peace dollar featured full-length profiles of standing eagles. Eagles flew across the reverses of the Saint-Gaudens double eagle and the Standing Liberty quarter. Perhaps the most impressive bird appears on Weinman’s Walking Liberty half dollar, filling the coin’s circular space with its outstretched wings.

But this burst of realism quickly receded. Some eagle designs were victims of economic circumstances, as production of gold coins and silver dollars ceased in the 1930s. Contemporary art movements also influenced numismatic design: the Washington quarter, introduced in 1932, featured an art-deco-inspired eagle (as did the 1936 Bridgeport, Connecticut commemorative half-dollar). 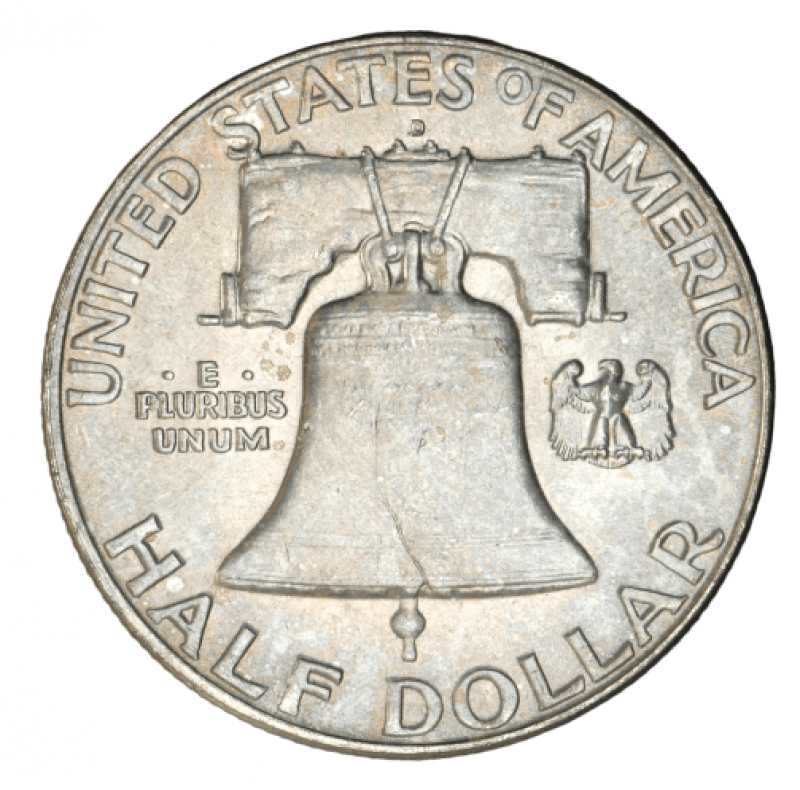 The tiny eagle on the Franklin half dollar was just an afterthought, placed beside the Liberty Bell to comply with legal design requirements. And the Presidential Seal, featuring a traditional Heraldic Eagle, was chosen for the reverse of the Kennedy half dollar. Realism returned, in a metaphorical milieu, on the Eisenhower and Susan B. Anthony dollars, where a naturalistic eagle is shown landing on the moon, holding an olive branch of peace.

But today, ironically, the eagle’s 21st century revival in nature coincides with a move away from eagle motifs on coinage. In fact, eagles are entirely absent from today’s circulating coins. Eagles are required on coins larger than a dime, except when legislation specifies otherwise. These days, practically speaking, the only such circulating coin is the quarter, and since 1999, the eagle motif has been replaced with State, Territorial, and America The Beautiful designs. After the conclusion of the America The Beautiful program in 2021, the reverse of the quarter will portray an image of Washington crossing the Delaware River – presumably without an eagle involved.

Still, in other environments, eagle imagery has continued to evolve in interesting, symbolic directions, representing American values and achievements. Scenes with allegorical eagles are especially common on commemorative coins: breaking free of chains on the 1994 Prisoner of War silver dollar; holding a quill pen on the 1987 Constitution gold half eagle, and utilizing sculptor’s tools on the 1991 Mount Rushmore gold half eagle. The species itself is commemorated on 2008’s “Bald Eagle Recovery and National Emblem” commemorative program. Other recent designs include a family of eagles on “American Eagle” gold bullion coins, and eagles soaring above various American vistas on proof platinum coins.

With such a prominent numismatic history, it’s strange to think that allegorical liberty and the bald eagle are absent from today’s circulating coins. But in the circulating coins of earlier eras, and the numismatic issues of the modern era, these all-American symbols permeate our coinage, providing a unified, conceptual framework encompassing many diverse designs.