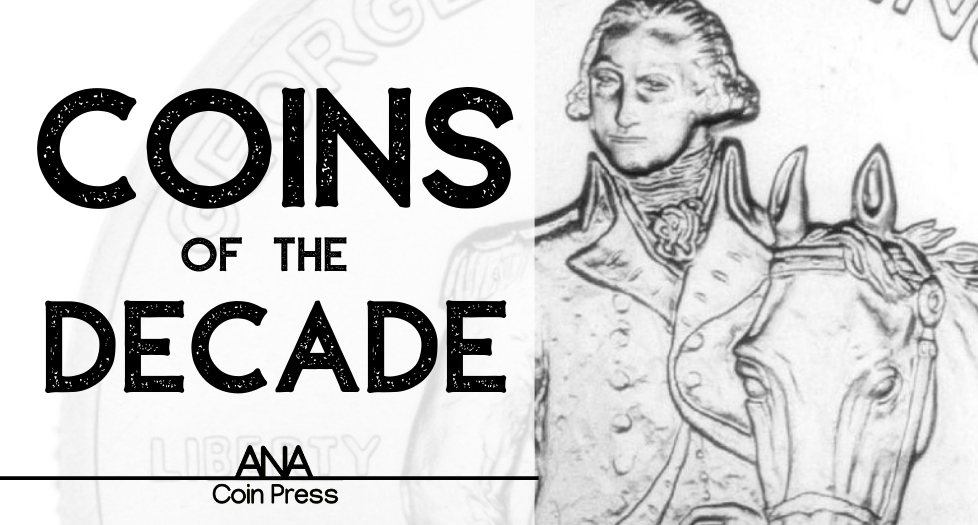 Coins of the Decade

Every New Year brings reflections and resolutions, but the arrival of a year ending in “0” is especially noteworthy. Decades are natural markers of experience – long enough to have distinct identities, but brief enough to have meaning on a human scale. If the 2020s will be your first full decade as a coin collector, or if you’d just like a capsule review of recent numismatic history, here’s a look at what you may have missed, along with my picks for “coin of the decade.” 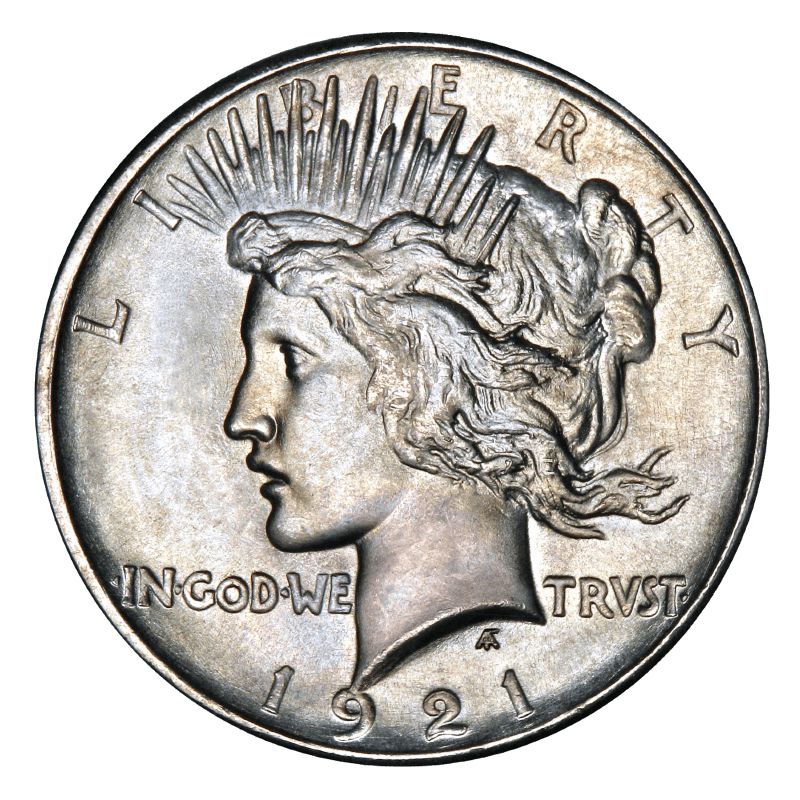 In the booming 1920s, many voices were heard. Most American households adopted the new technology of radio (or “wireless”), and motion picture “talkies” debuted. Numismatically, though, things were quiet, as most coins were ineligible for redesign (allowed once every 25 years). A revival of silver dollar coinage – no more popular in circulation than in previous eras – occupied much of the mint’s attention.

Coin of the decade: The Peace Dollar was the last design to be introduced as part of the “Renaissance of American coinage,” and continued that movement’s high aesthetic standards – with the high-relief, first-year issue of 1921 being especially striking. 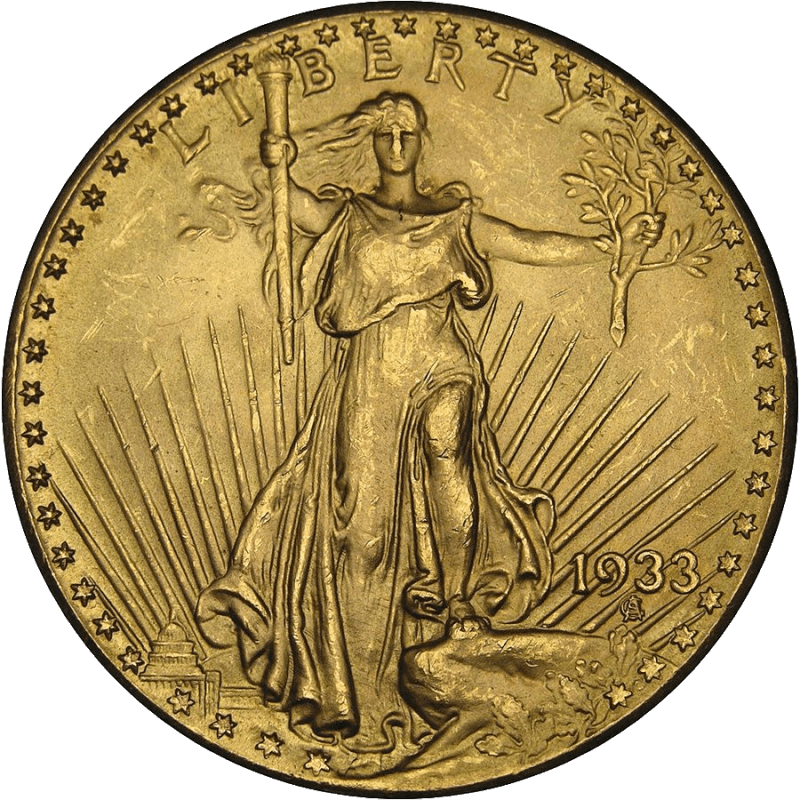 Times were tough in the 1930s, and among the consequences was the end of gold coinage. George Washington (on the quarter) and Thomas Jefferson (on the nickel) became the second and third historical persons to appear on American coins. Commemoratives proliferated – 16 issues in 1936 alone – before issues were first curtailed, then suspended. Many Americans turned to “penny boards” as a form of low-cost entertainment, launching today’s hobby.

Coin of the decade: The 1933 double eagle is among our nation’s most valuable, and most contentious, coins. Never officially released, the few survivors are considered illegal to privately own – with one exception, for an example once owned by Egypt’s King Farouk. 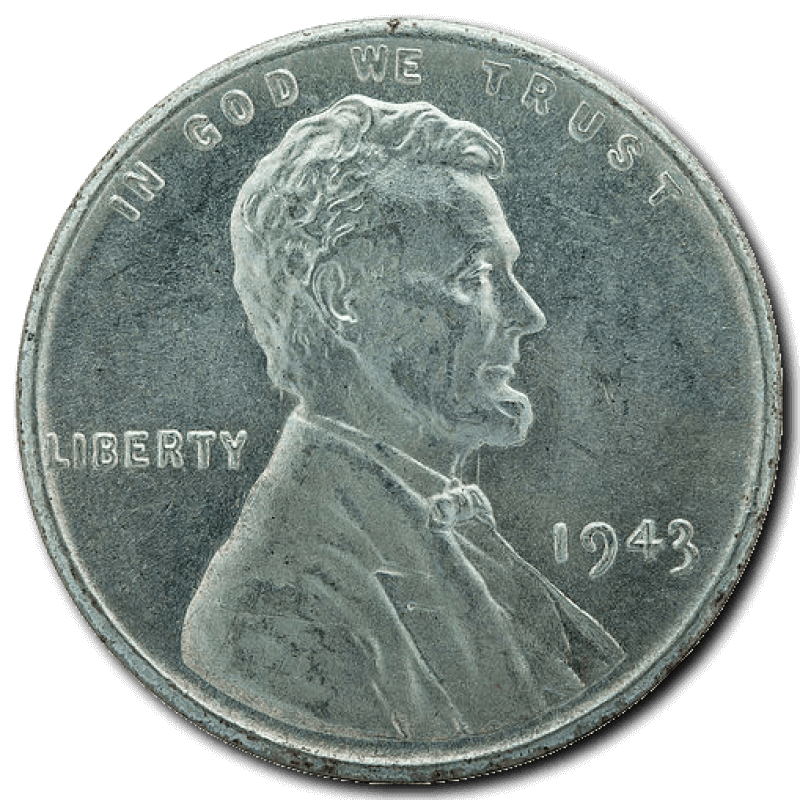 The 1940s saw the United States join in worldwide war, and face new peacetime challenges. American coins contributed to the war effort, with cents made of steel (to conserve copper) and five-cent pieces made of a silver alloy (to conserve nickel). Franklin Roosevelt (on the dime) and Benjamin Franklin (on the half dollar) displaced the last images of allegorical Liberty on American coins. And in hobby news, the first Guide Book of United States Coins – the familiar Red Book, now in its 73rd editions – debuted in 1946.

Coin of the decade: The 1943 steel cent was a one-year issue, intended to save copper for the war effort. To this day it stands out for its unusual appearance, and for its compelling history. 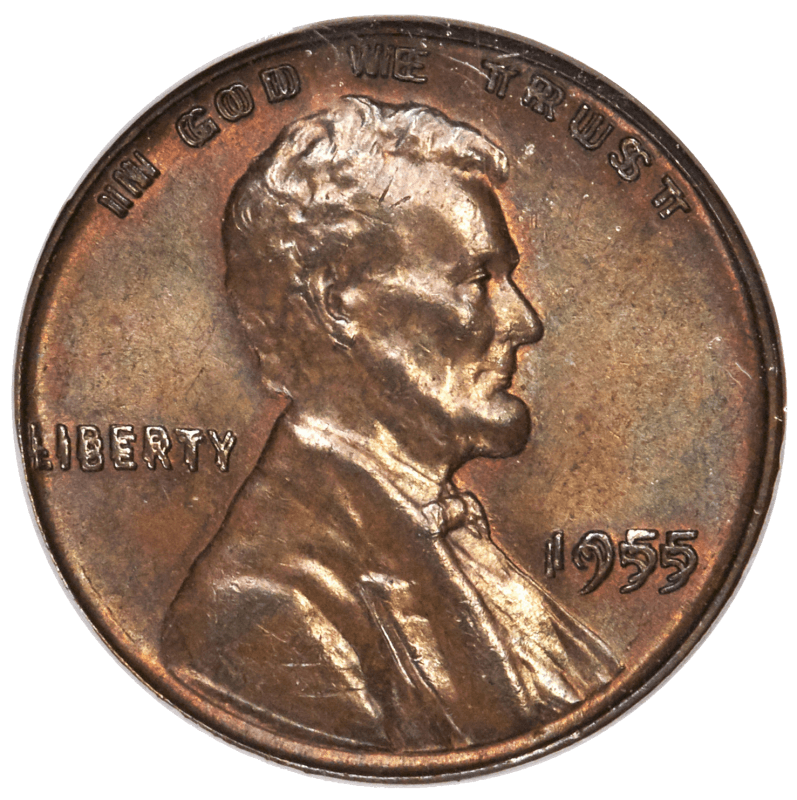 In the 1950s, as television brought various forms of entertainment into American households, the nation’s coins remained mostly static. In the entire decade, only one side of one coin was redesigned, with the 1959 debut of a new Lincoln Memorial reverse for the one-cent piece. After a brief revival, commemorative coinage ceased in 1954, not to be resumed for nearly three decades. But the hobby grew dramatically in popularity, as evidenced by sales of proof sets, which rose from around 50,000 in 1950 to more than a million in 1959.

Coin of the decade: The 1955 doubled die cent was an accident, caused by a misalignment in die production that produced a noticeably doubled image. Its notoriety boosted the hobby, and paved the way for today’s avid 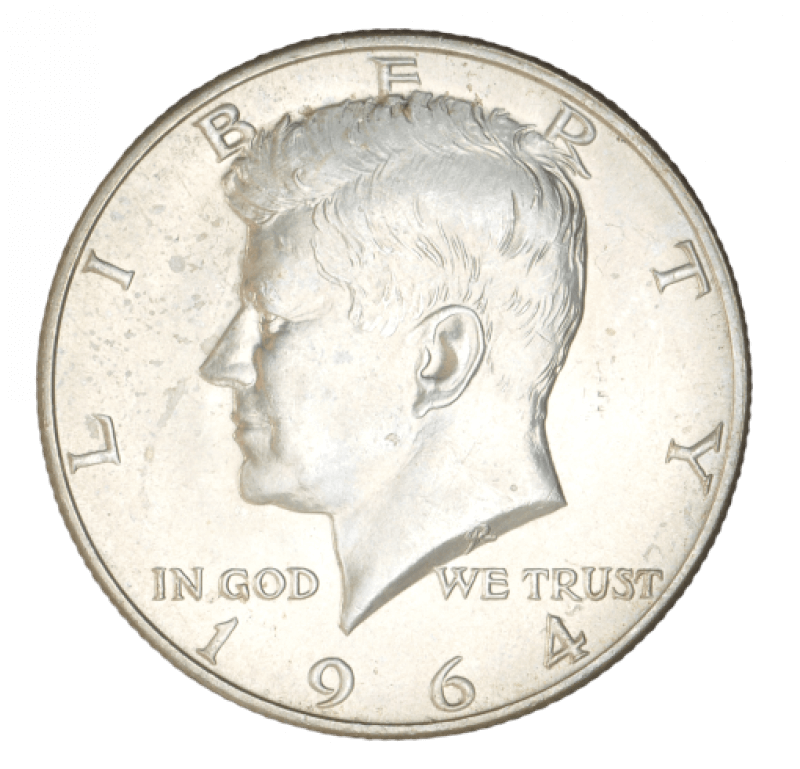 In the 1960s jukeboxes were ringing with silver as they played the Beatles’ first hits, but by the time turntables started spinning Sgt. Pepper’s Lonely Hearts Club Band coins were carrying a copper-nickel tune. The decade also saw the dispersion of hundreds of millions of uncirculated Morgan and Peace dollars from Treasury vaults, an event that still reverberates in the numismatic marketplace.

Coin of the decade: The 1964 Kennedy half-dollar was an immensely popular tribute, and the last hurrah for the 50-cent denomination and for silver coinage.

During the 1970s, as you boogied to the latest disco anthem, you might have had in your pocket the nation’s first true circulating commemorative coin – the 1776-1976 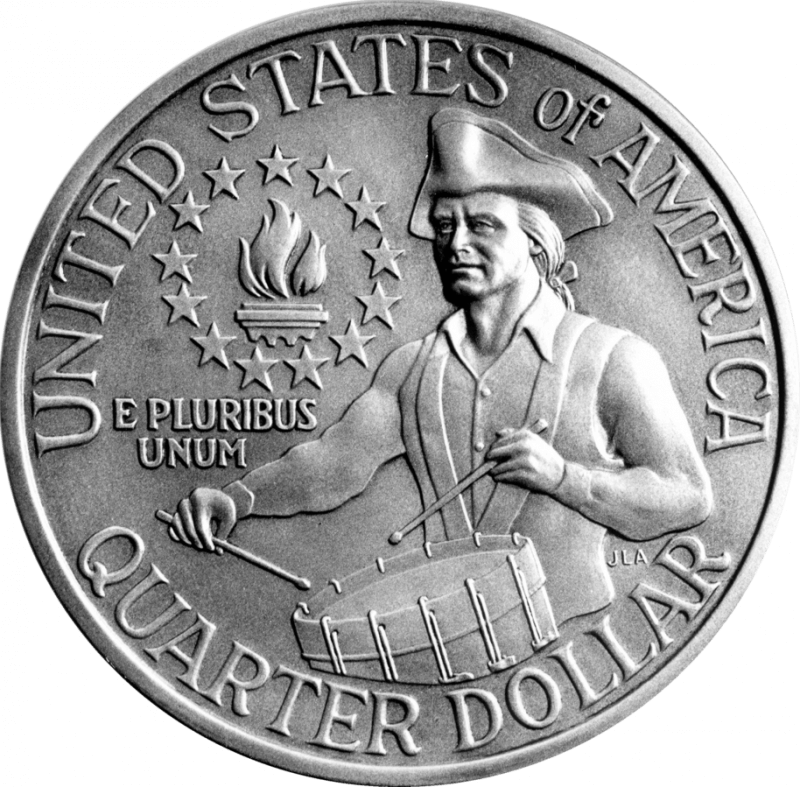 Bicentennial quarter. But the Treasury and the American public weren’t always dancing to the same tune: the large Eisenhower Dollar was greeted with indifference in 1971, and the small Anthony Dollar was scorned and spurned in 1979. Consumer protection was a high priority in the hobby, with the publication of Photograde and Official A.N.A. Grading Standards for United States Coins, and the debut of the A.N.A.’s authentication and grading services.

Coin of the decade: The 1776-1976 Bicentennial quarter boosted public interest in coinage to a level that wouldn’t be seen again for more than two decades. 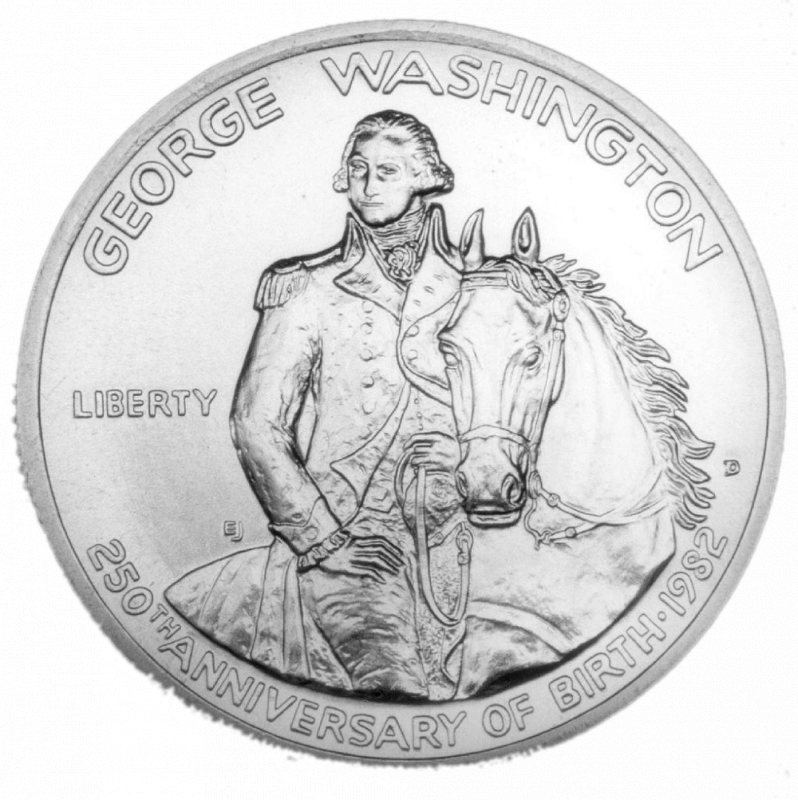 By the 1980s, you would have bought a ticket to see E.T.: The Extra-Terrestrial using coins and currency designed in the era of black-and-white movies. Fortunately, commemorative coinage production was more artistically vibrant, and several blockbuster programs (George Washington, the 1984 Olympics, the Statue of Liberty, the Constitution) kept collectors entertained throughout the decade. The numismatic marketplace was revolutionized by the encapsulation of third-party graded coins in “slabs.”

Coin of the decade: The 1982 Washington half-dollar launched a series of commemoratives that matches the scope of the original, “classic” issues of 1892-1954. 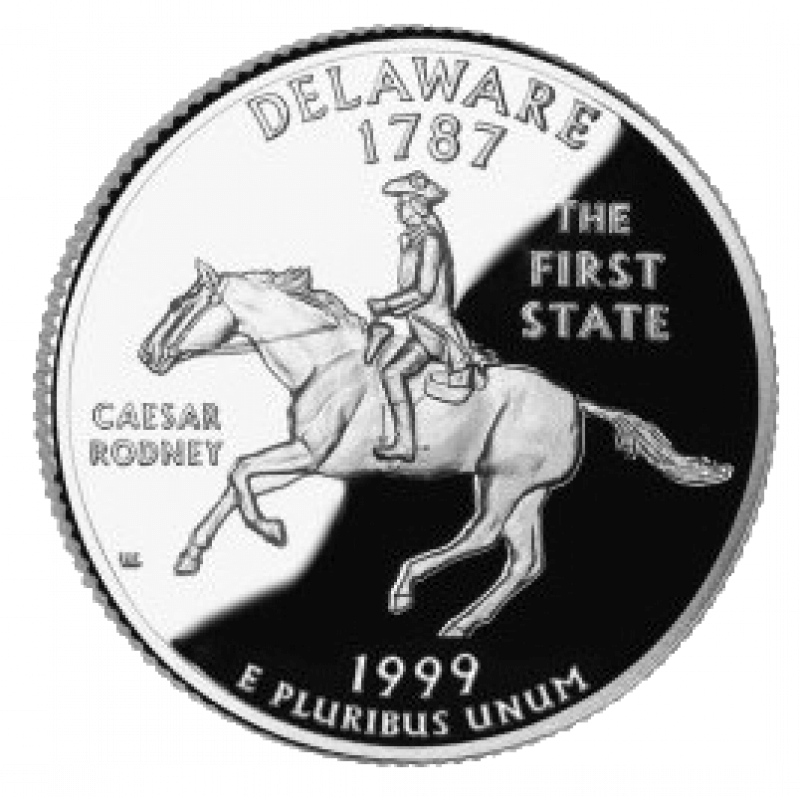 In the 1990s, while cell phones and the Internet were connecting Americans as never before, coins and currency were experiencing changes of their own. The Bureau of Engraving and Printing gave currency an image makeover, to stay one step ahead of counterfeiting technology. And with the 50 State Quarters program, which debuted in 1999, the United States Mint used coins to communicate American history and culture, one state at a time. The hobby was captivated by die varieties, as many numismatists became “cherrypickers.”

Coin of the decade: The 1999 Delaware quarter was first issue of the 50 State Quarters program, and the first foray into coin collecting for millions of Americans. 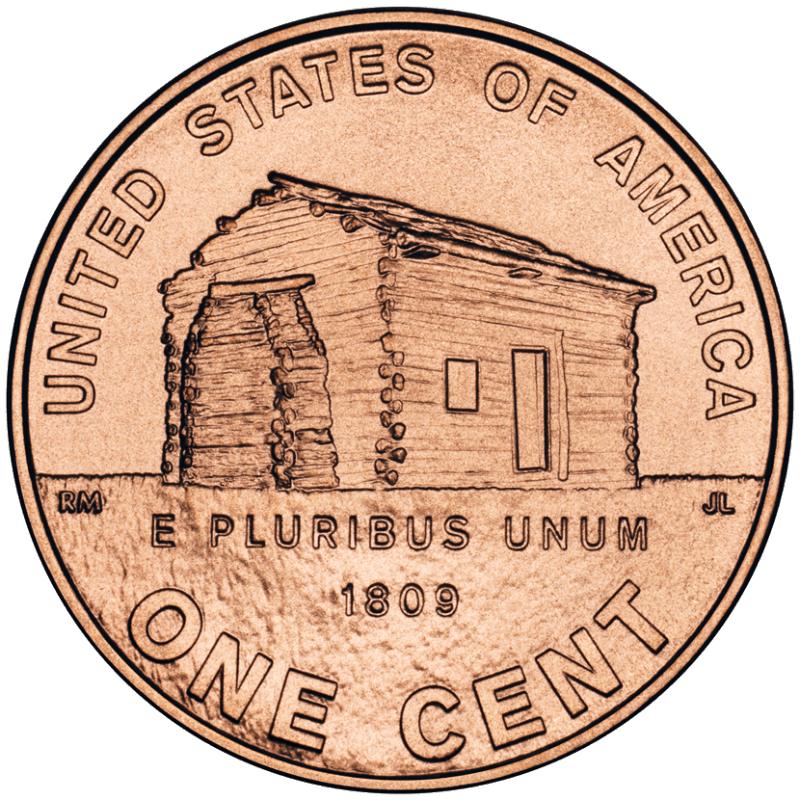 The 2000s found most of the U.S. population going online, and spending increasing amounts of time in an abundance of information and communication. Diversity was the norm in American circulating coinage, with several denominations sporting rotating reverse designs: State and Territorial quarters dominated the decade, along with other eclectic issues like Westward Journey nickels, Presidential dollars, Native American dollars, and Lincoln Bicentennial cents. Numismatists found commerce and camaraderie online, and the hobby’s obsession with quality was evident in the rise of “competitive collecting” via registry sets.

Coin of the decade: The 2009 “Birth” Lincoln cent, featuring a log cabin, concluded a decade of diversity in coin design, and kicked off a second century for America’s most common coin.

The 2010s saw the rise of social media, as a source of personal connections and information about current events. The numismatic hobby also continued its online evolution, with widespread information sharing and extensive electronic commerce. The Lincoln Cent began sporting a new reverse design (a Union shield, representing Lincoln’s preservation of the Union), and “America the Beautiful” quarters presented national parks and historic sites across the land on a state-by-state basis. Innovation became the norm on non-circulating coins, with different finishes (reverse proofs) and even different shapes (curved coins).

Coin of the decade: 2019’s Apollo 11 commemoratives made the most of the curved coin format, with a concave footprint and a convex helmet, to celebrate one of humanity’s greatest achievements. 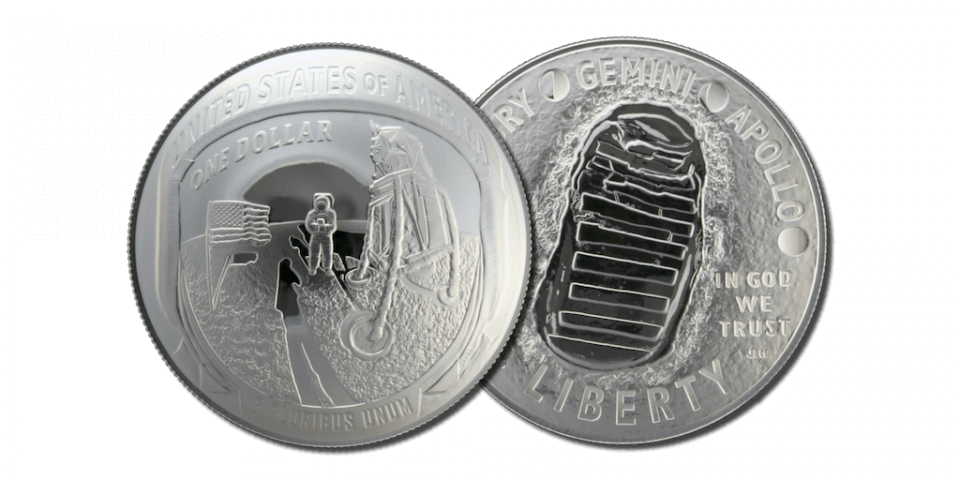 And what will the 2020s hold? Of course, it’s too soon to say for sure, but I’ll bet that when we look back on the upcoming decade, circulating commemoratives dated 2026, celebrating the 250th anniversary of American independence, will stand out as the most momentous numismatic items of the decade.

Check back in 10 years to find out if I’m right!