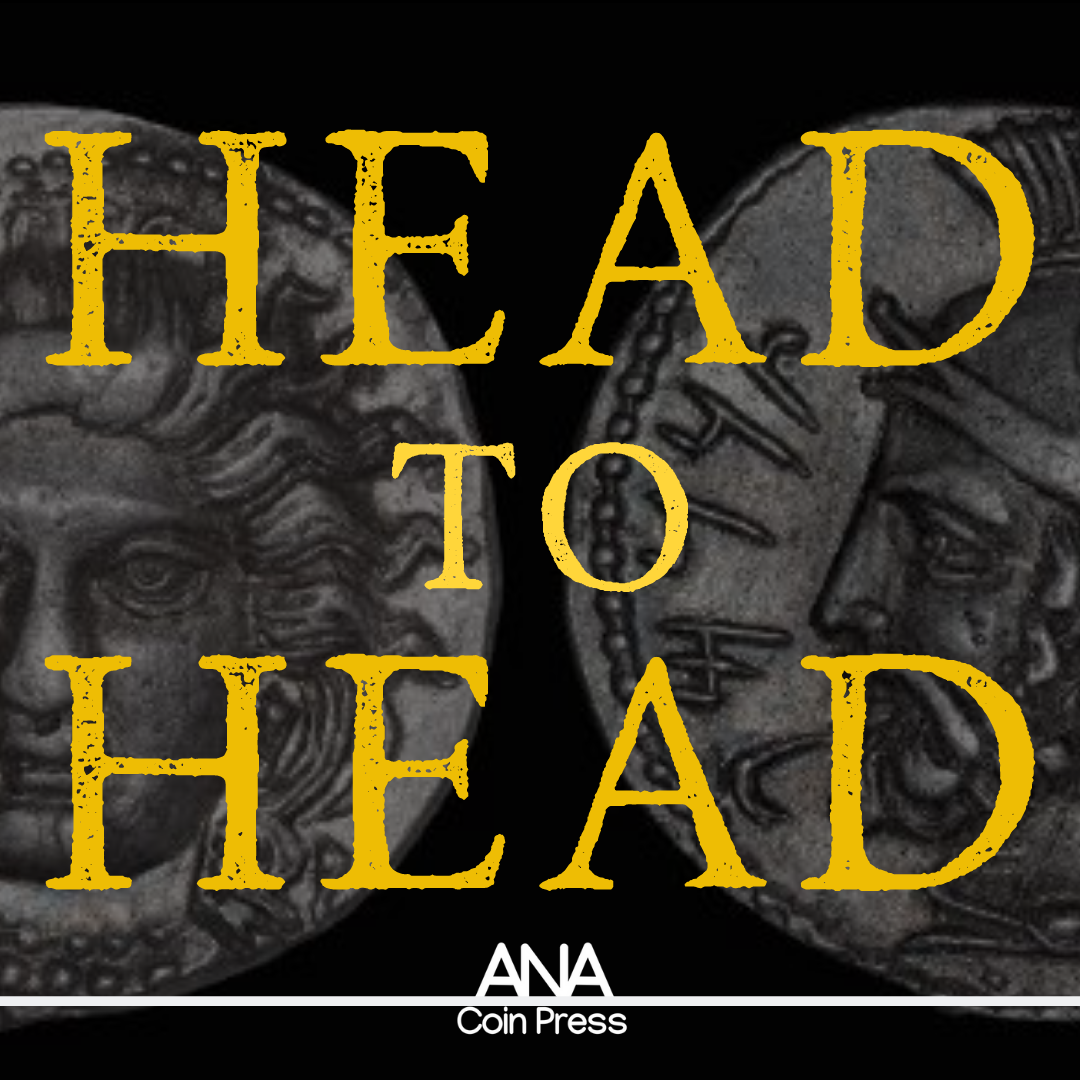 Originally published in The Numismatist, August 2017

Politics plays a part in all facets of ancient numismatics, from original coin design and production to modern-day purchases.

Politics and coinage are inextricably linked. In the ancient Greek world, coins were issued by poleis (city-states), kingdoms or the Persian Empire. In terms of sheer quantity, poleis dominated, and perhaps as many as 700 issued their own coins. Such pieces usually depicted or otherwise honored the god or hero who protected the city’s populace, or featured a design immediately recognizable as the badge of the polis.

Even today, politics influences numismatics and collectors. I experienced this firsthand when U.S. Customs and Border Protection (CBP) detained and held three ancient coins I had purchased in a numismatic auction in Switzerland: a Lydian stater, an Akanthos tetradrachm and a Tarsos stater. In the course of an apparently random audit, the government agency took an interest in these coins on October 12, 2016, when the pieces entered the United States in a Federal Express® package. A customs agent said my numismatic shipment was not the only one being reviewed, assuring me that I had not been deliberately singled out. Nevertheless, once CBP decided to take a look, it was thorough. The usual documents provided by the auction house were not enough. As one CBP agent stated, “[The auctioneers] don’t necessarily know if the coins were stolen.”

In December 2016, I received a detention form that verified the coins were in CBP’s possession, “just so you know we haven’t lost them,” a customs official explained. A phone call from a CBP agent in early February clarified what was necessary to obtain the coins’ release. Foremost, it required documentation that the tetradrachm had left Greece before November 21, 2011, and that the two staters were outside Turkey before April 21, 1981. The CBP considered the latter coins to be Turkish, because that country governs the land formerly occupied by the mint where they originally were struck. Alternatively, CBP could ask the Turkish government via the U.S. attaché in Athens whether the coins, potentially subjects of a 1906 Ottoman imperial decree, had been removed illegally from Turkey (the successor of the Ottoman empire) and therefore were state property.

All three coins are wonderfully beautiful, and each tells a story. The stater (Figure 1) is readily identified by the image of a lion and a bull, head-to-head on the obverse. The motif was the badge of Kroisos, king of Lydia from 560 to 546 B.C. Originally, all Lydian coinage was electrum, an alloy of gold and silver. Culturally, the issuers of those early coins were Greek poleis situated within the Lydian empire. Separately, Kroisos’ lineage, the Mermnadai, had established the lion as its badge (Figure 2). Symbols of power and light, a roaring lion and the sun appeared on its coinage.

Kroisos added the bull, originally conjoined with the lion head (Figure 3). This soon was replaced by the confrontational image—more natural and certainly more striking. At the same time, Kroisos initiated a practical change—a bimetallic coinage system of gold and silver. Herodotus wrote, “[The Lydians] are the first of the men of whom we know to cut and use a currency of gold and silver.” The value of the silver issues was low enough to allow their use in everyday commerce, while the coins of both metals were close enough in size, according to Ian Carradice in Coinage and Administration in the Athenian and Persian Empires, that “dies are shared between examples with different sizes and weights, and between gold and silver pieces.”

It’s unknown why Kroisos preferred the lion-and-bull imagery. Speculatively, one might think that the two forces equalized one another, with one representing the king, the other symbolizing the natural world, including the beast within man. The idea of an offsetting balance of the king’s power was recorded in written language in the Middle East as far back as 3,000 B.C., in the Gilgamesh Epic. King Gilgamesh believed his preeminence was absolute, going so far as to demand the first night with every bride. Many husbands pled to Anu, king of the gods, who created an adversary for Gilgamesh by the name o f Enkidu. A short battle ensued, and Gilgamesh was victorious. Subsequently, the two became fast friends, and Gilgamesh moderated his rule.

Perhaps Kroisos understood that a balance of power was a necessary ingredient of political survival. Even after an ill-considered, unsuccessful war with Persia, clever Kroisos survived as an imperial counselor. He might have persuaded the Persian King that he, too, needed a balance, lest he repeat Kroisos’ mistake.

The second coin incarcerated by CBP—the Akanthos tetradrachm (Figure 4)—depicts a lion attacking a bull. The piece is a dynamic, wonderfully composed and unforgettable badge of this Greek polis. Akanthos’ coinage began with this motif in the mid- to late-6th century B.C., and continued the lion-and-bull theme from the Archaic into the Classical Period. Even in the mid-5th century, when the Athenian Coinage Decree is thought to have forced many poleis to forego their own coinage, a few did not comply, Akanthos included. Its obduracy was historically significant, as it showed the Coinage Decree was not absolute. In The Power of Money, Thomas Figueira wrote, “Another mint that seems to have coined continuously is Akanthos,” which he indicates was “during the hegemony of the Athenians.” In addition to expressing the city-state’s political independence, the coinage was just too stunning to forego and obviously was widely appreciated, as hoards as far afield as Sicily, Egypt and India contain these tetradrachms.

Nevertheless, the coin’s iconography remains a mystery. In his paper, “Emblems in Archaic Greece,” Jeffrey Spier writes that the “popular long-lived motif of a lion attacking a bull presents special problems of interpretation.” As in the case of Akanthos, there is “surely not the same meaning as in Persia or even another Greek city.” A 7th-century green jasper scarab in the British Museum,  illustrated in John Boardman’s Greek Gems & Finger Rings (#297), is so similar that something like it easily could have been the inspiration for an Akanthos die-maker. Herodotus provides a clue as to why the imagery might have resonated with the Akanthian engravers: “There are in these parts many lions and wild oxen, the enormous horns of which are brought to Greece.”

The Tarsos stater (Figure 5) is the most complex of the three coins. It was struck under Datames, a remarkable but now little-known Cilician general who successfully ruled the Persian satraps of Cilicia and Cappadocia from around 385 to 372 B.C. in the interests of the Persian king. When he learned of imperial courtiers’ deadly schemes against him, he led a revolt against Persian rule. He survived and carried on as an independent ruler until his assassination in 361 B.C.

Datames’ career was briefly recorded by the Roman historian Cornelius Nepos (110-25 B.C.), who devoted a chapter to Datames in The Book on the Great Generals of Foreign Nations. The staters are beautiful, subtle propaganda and likely were struck to pay Datames’ 20,000-man army. The obverse invokes Baaltars, the god of Tarsos, who is seated on a diphoros (folding stool) and holding an eagle-tipped scepter, an ear of grain and a bunch of grapes. Above his left arm is a thymiaterion (incense burner); below his diphoros is a flower mintmark, and to the lower left is BLTRZ (“Baaltars” in Aramaic). A crenellated border protectively surrounds the coin’s devices. Baaltars’ portrait was an astute choice, as local soldiers would have recognized the local god, Baal of Tarsos, and Greek mercenaries would view the figure as Zeus.

The reverse depicts Datames himself in Persian dress, holding an arrow (obliterated by a countermark), with a bow nearby. The spirit Ahura Mazda floats above, giving his blessing to Datames, who is ready for battle. The inscription reads TRDMW (“Datames”). The rectangular countermark represents a bull, with BAAL inscribed in Aramaic above. Two examples of Datames’ coinage in Hans von Aulock’s Sylloge Nummorum Graecorum Deutschland Kilikien have a similar countermark with a clearer impression that aids the description of the specimen in question here.

An earlier coin of Datames (Figure 6) illustrates his cultural awareness. The obverse image is similar to a well-known Syracusan Kimonian nymph, while the reverse could be interpreted as Ares, the Greek god of war, with the Aramaic inscription “Datames” alongside, relating his name to the god’s portrait.

Meanwhile, I worked to obtain the documentation required by CBP. The oldest, most available references regarding these two staters are catalogs from Frank Sternberg’s 1976 and 1987 auctions in Zürich, obtainable online through Abe Books. His 1976 sale of the Datames stater met CBP’s requirements, but the 1987 sale of the Kroisos stater did not. According to CBP, the fact that the Akanthos tetradrachm originally was in an American collection might be sufficient, providing the coin was outside Greece before November 21, 2011.

E-mails exchanged with CBP officials revealed that a government attorney had become involved. As such, I thought it prudent to seek expert counsel. I retained Kevin Williams, an international trade attorney at Clark Hill in Chicago, who likely would understand how to navigate this increasingly complex situation.

Once Mr. Williams’ experience was brought to bear, CBP agreed that an affidavit from and telephone conversation with numismatist Ira Goldberg, who had assembled the American collection containing the Akanthos tetradrachm, would be enough to confirm this coin’s origin. Mr. Goldberg was extraordinarily helpful.

CBP indeed contacted the Turkish government, which presumably had no documentation and was busy with far more important matters. The coins were released back to Federal Express on May 18, 2017. 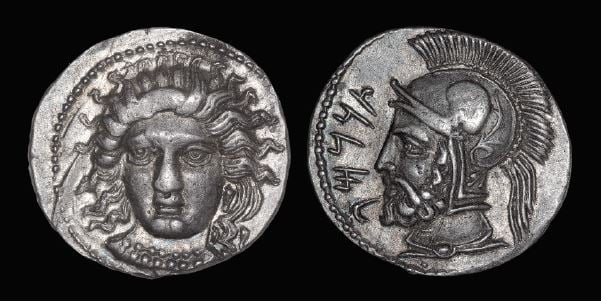 Others were very helpful. Numismatist Victor England kindly provided the name of the Classical Numismatic Group’s attorney, Michael McCullough, who fortuitously crossed paths with Mr. Williams in late April at a meeting of the American Bar Association Section of International Law. Mr. McCullough’s advice to me was to be absolutely straightforward with CBP. Ancient coin expert David Vagi kindly introduced me to Ex-Numis, a Swiss website (ex-numis.com) that will, for a small fee, search an image database for possible provenances.

Five articles about the importation of ancient coins and one regarding repatriation are included here under “Sources & Further Reading.” The regulations now in place were requested by foreign governments. It can be debated that the U.S. government is not serving American numismatists when it foists other countries’ restrictions upon them, including a 1906 Ottoman imperial decree. There are at least two ways of rectifying the situation: fighting regulations through the courts, which the Ancient Coin Collectors Guild is attempting to do (accg.us); and educating our congressmen, who are not aware of numismatics enough to know that there is a problem. The politics continue…■

Figueira, Thomas. The Power of Money: Coinage and Politics in the Athenian Empire. Philadelphia: University of Pennsylvania Press, 1988.

Hill, George Francis. Catalogue of the Greek Coins of Lycaonia, Isauria, and Cilicia. London: Trustees of the British Museum, 1900.

Moysey, Robert A. “The Silver Stater Issues of Pharnabazos and Datames from the Mint of Tarsus in Cilica.” Museum Notes 31. New York: American Numismatic Society, 1986.

Özel, Sibel. “Under the Turkish Blanket Legislation: The Recovery of Cultural Property Removed from Turkey.” International Journal of Legal Information, Vol. 38, No. 2 (Summer 2010).