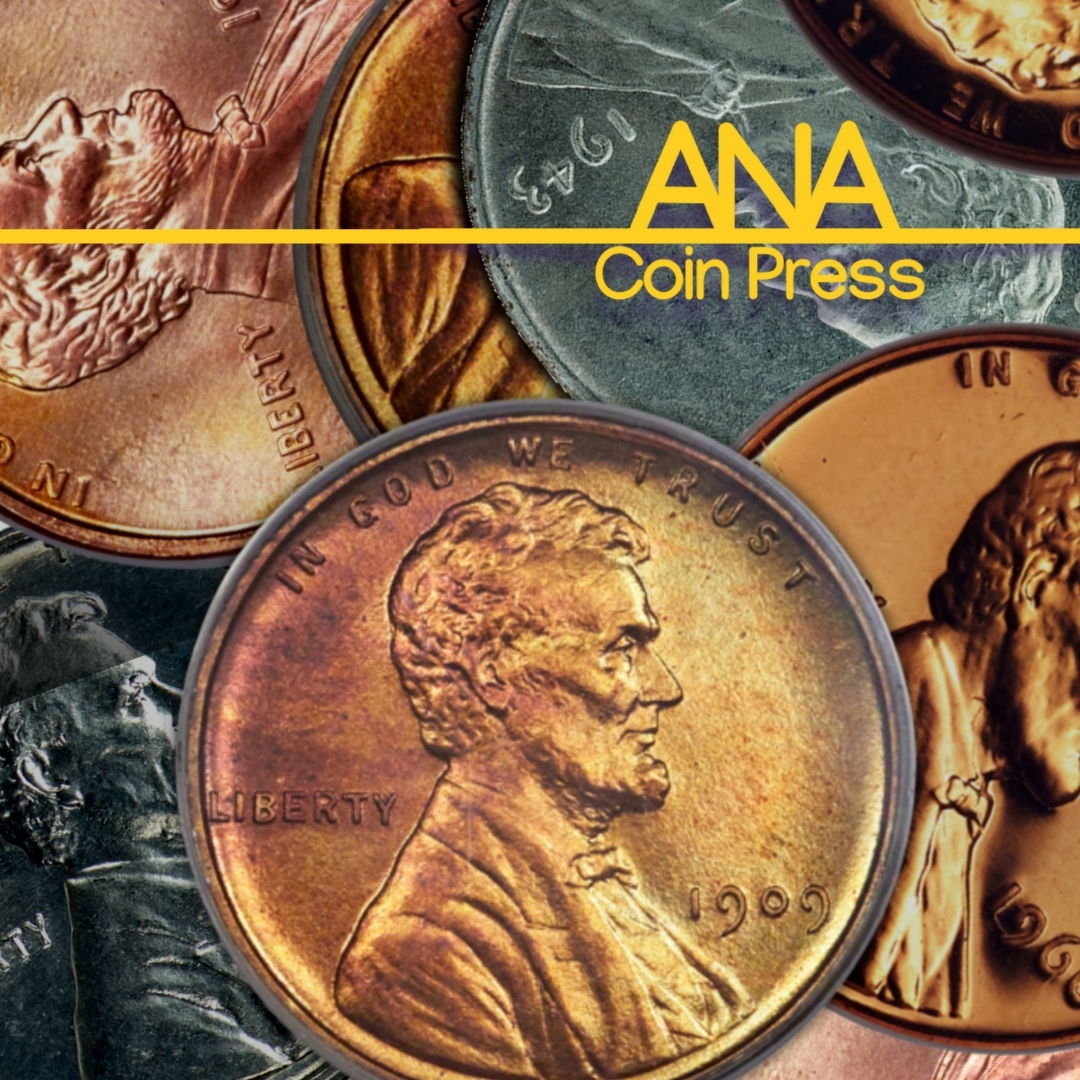 This lowly, seemingly insignificant denomination teaches much about history, art and numismatics.

The Lincoln cent, so common in everyday commerce, also is one of the most popular numismatic collectibles. Its design and even its composition reflect the course of American history, while the coin itself has a great story of its own. Here are nine Lincoln cents that show the diversity of this fascinating series.

Three cents — the 1909 with and without "V.D.B." and the 1918— suggest the contentious origin of the series. Introduced in 1909 to commemorate the 100th anniversary of the birth of our 16th President, the Lincoln cent was the first circulating American coin to portray an actual person rather than an allegorical representation of Liberty. The coin was popular, but criticized for the prominent initials, "V.D.B." (for designer Victor David Brenner), at the bottom of the reverse. This controversy, combined with Chief Engraver Charles Barber's overall dissatisfaction with the coin, led to the removal of the initials. Brenner's work remained uncredited until 1918, the year after Barber's death, when the initials were placed on the obverse below Lincoln's shoulder. 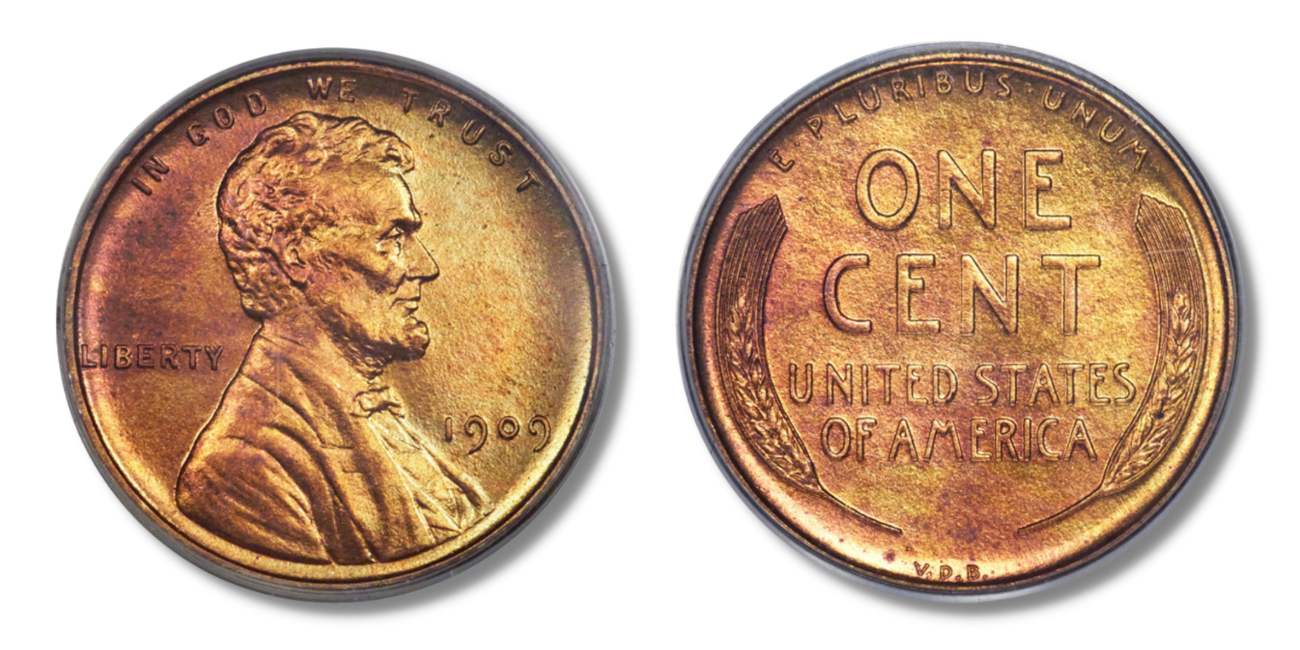 The next 25 years were a placid time for the cent, but two coins, 1943 and 1944, represent disruptions caused by World War II. The Lincoln cent had been made of 95-percent copper, but in 1943, with copper a critical wartime material, cents were made of zinc-plated steel. These were easily confused with dimes, so copper was reinstated in 1944. But in another war-related measure, the U.S. Mint obtained some of the metal for coinage from recycled shell cases. 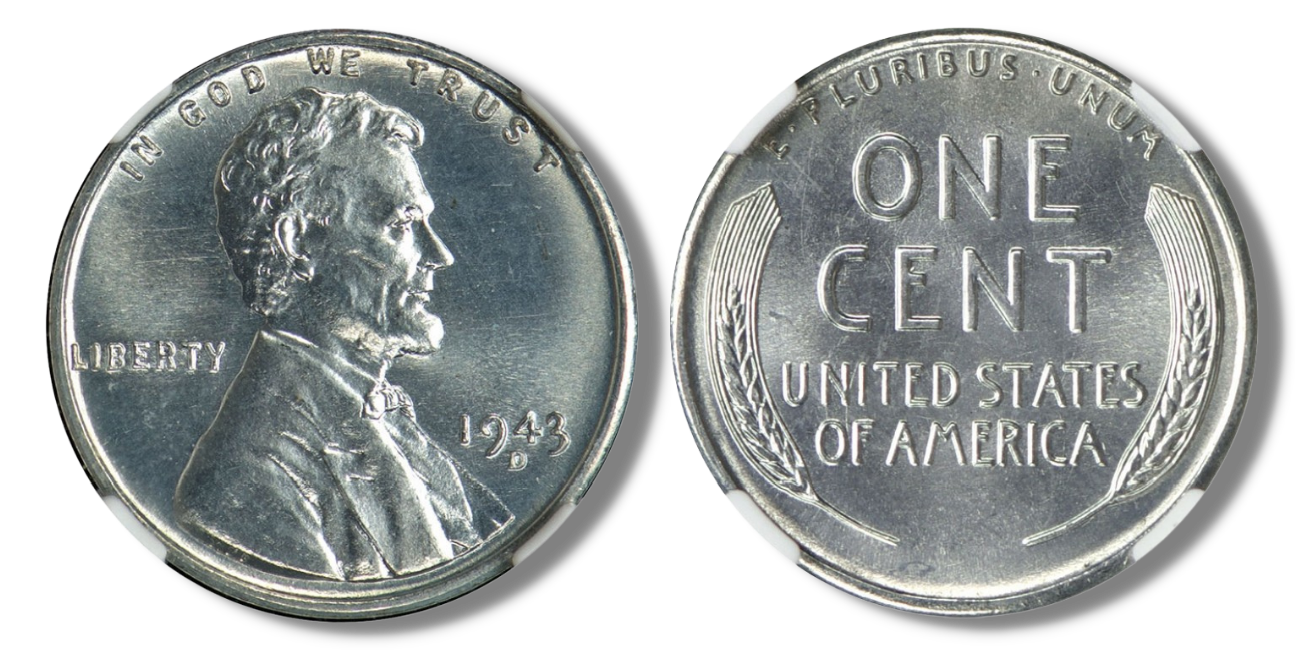 The next change was a major alteration in design, starting with the 1959 cent. To commemorate the 150th anniversary of Lincoln's birth, the wheat ears on the reverse were replaced with a depiction of the Lincoln Memorial, which had been completed in 1922. A small image of Daniel Chester French's magnificent statue of Lincoln is visible inside the memorial, so Lincoln actually appears on both sides of the coin. 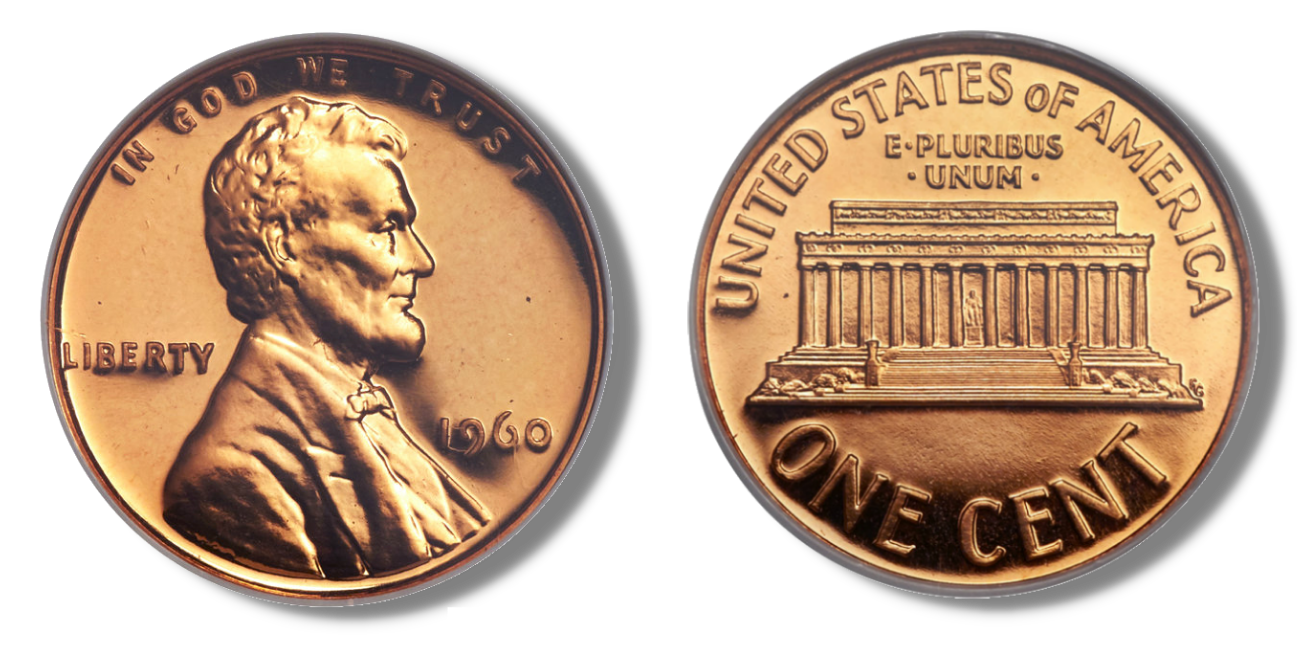 Necessity, rather than celebration, affected the 1967 cents. Though these were struck at three mints, none carry mintmarks, so they are indistinguishable. In previous decades, cents without mintmarks were made at Philadelphia, while a "D" or "S" below the date identified coins struck in Denver or San Francisco. However, mintmarks were suppressed during the mid-1960s, when the Treasury wrongly believed that numismatists who assembled sets caused a serious coin shortage. Mintmarks reappeared in 1968, though on occasion the San Francisco and West Point Mints have made cents without designating the facility.

A different kind of coinage issue was resolved in 1982. In that year, the rising price of copper led to the introduction of cents made from copper-plated zinc. These look identical to previous issues, but are about 20 percent lighter. Interestingly, seven different varieties of cent were made in 1982, with only the 1982-D "small date" specimen coined exclusively from the new material.

Accidents can and do happen. Take the 1995 doubled-die cent. The obverse coinage die was prepared haphazardly, with two distinct and slightly rotated images. The resulting doubled images can be seen with some magnification, especially on LIBERTY. 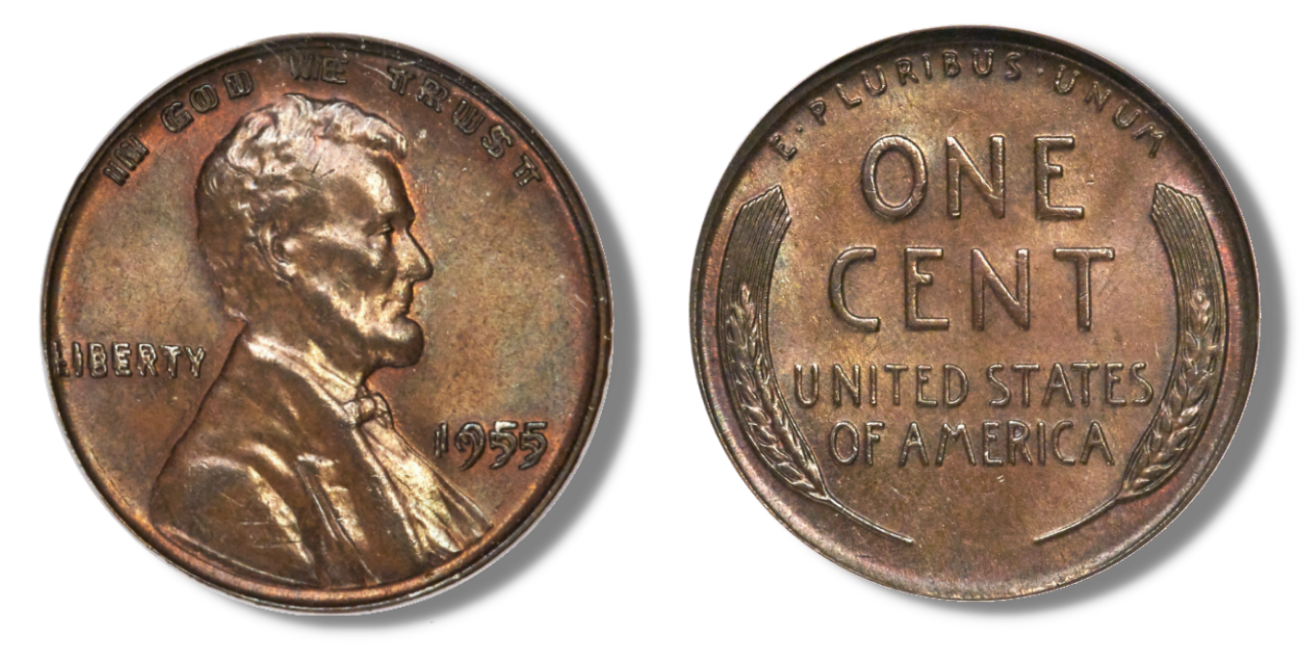 This blend of change and continuity is what makes the Lincoln cent so compelling. The coins described here provide a great introduction to the series and are quite affordable, even in uncirculated condition. Whether you think of them as an interesting assemblage or a stepping stone to a more complete collection, they represent the appeal of numismatics: attractive coins and fascinating stories.

Originally published in The Numismatist.